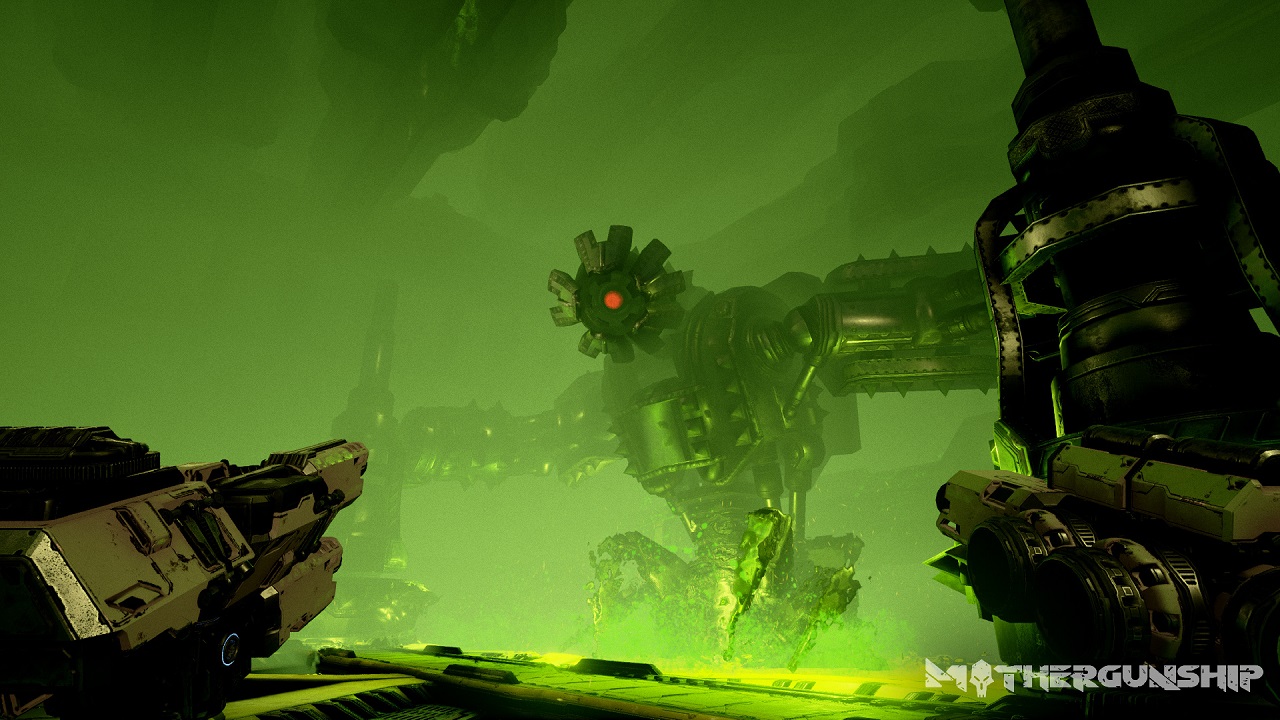 Mothergunship looks like the digital equivalent of a heart attack. The upcoming first-person shooter from Terrible Posture Games is fast, furious, and full of explosions.

Maybe Terrible Posture Games has a case of bullet hell-induced madness. Mothergunship seems to build upon the chaotic formula laid out by the developer in 2014’s Tower of Guns. This time, however, players are tasked with shooting the ever-loving shit out of alien robots by crafting the superweapon of their dreams.

Mothergunship has a modular crafting system that allows players to create over-the-top gun concoctions. Like Lincoln Logs, only much deadlier and with a lot more firepower, the weapon parts that players piece together are the only surefire way to defeat the alien menace, save Earth, and establish yourself to be a certified badass.

Even with an arsenal of logic-defying guns (like, maybe, a ten-barrelled rocket shotgun?), Mothergunship still looks challenging. Based off of the announcement trailer, it doesn’t seem like the game’s bullet-hell patterns give you much room for error. But dodging enemy fire and shooting massive robots does sound like a chaotic good time, which makes me keen to keep an eye on the game.

Would-be weapon tinkerers can try to craft a gun so powerful that it saves the world from an alien invasion later this year, when Mothergunship lands on PC, PS4 and Xbox One.