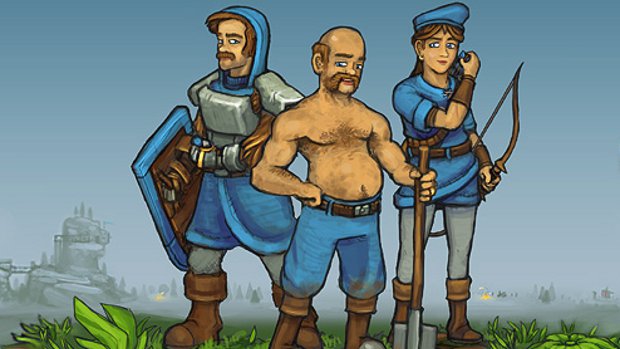 Or just flood the base so the inhabitants drown

While it looks very much like Terraria, the focus for King Arthur’s Gold is in an entirely different place. Players can take on the role of either the Archer, the Builder, or the Knight, each with his own abilities and drawbacks. Then, after all the hard work the Builders put into making a defensible stronghold, the Knights come in and plant bombs at the base so the whole thing catches fire and crumbles to the ground. Delicious destruction.

King Arthur’s Gold is available now for Windows, Mac, and Linux from the official website, and it will be available on Steam later this week.