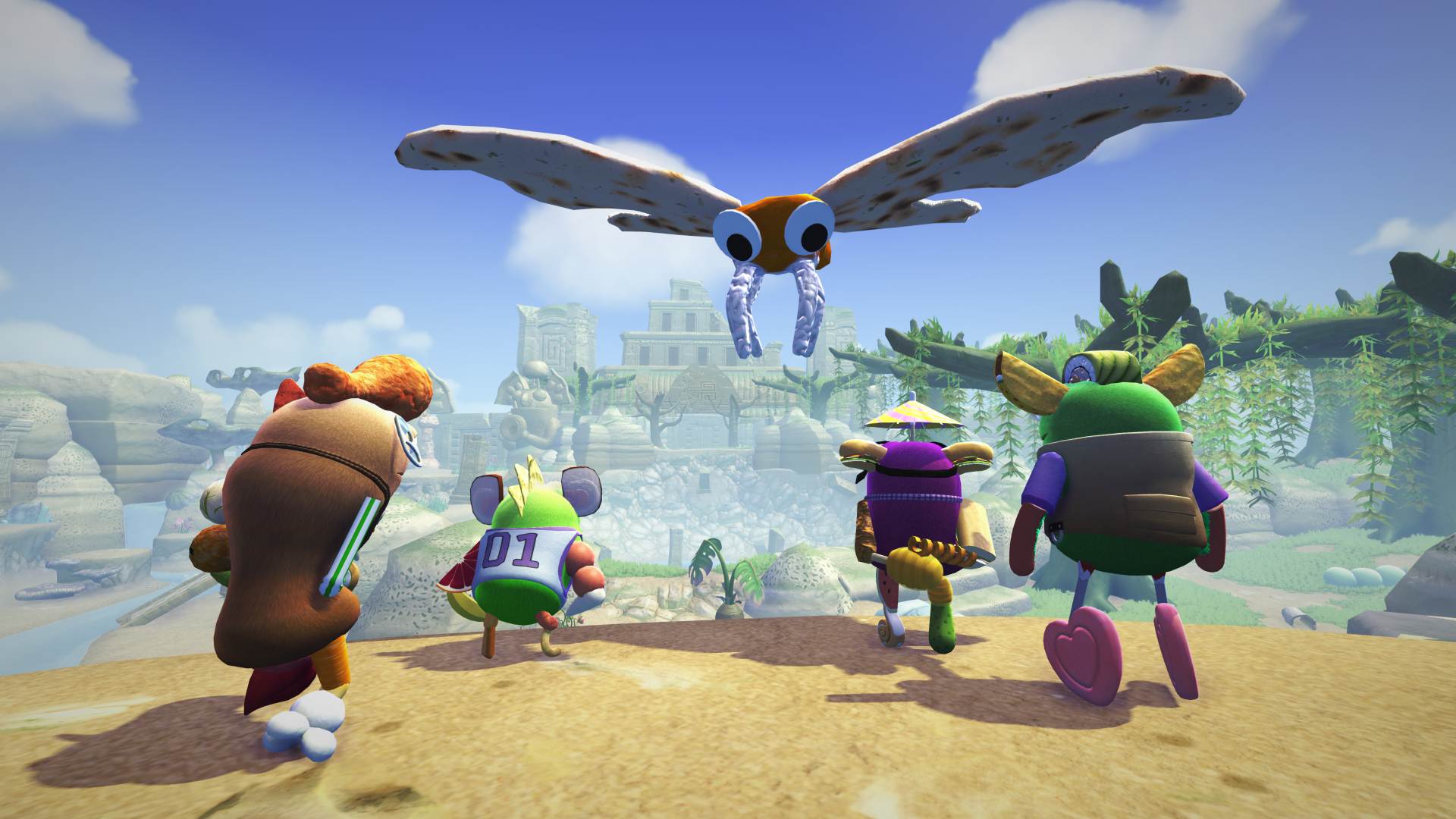 Looks like there are more mysteries to uncover surrounding Bugsnax. Developer Young Horses announced today that a free update called The Isle of Bigsnax will go live for Bugsnax early next year.

Bugsnax: The Isle of Bigsnax will bring back some old, familiar grumpuses to explore a new island that’s emerged from the bottom of the ocean. There will be new secrets to explore, and as it seems, some pretty big Bugsnax. Some gameplay was shown off in a trailer during today’s October PlayStation State of Play, which you can check out below:

Alongside the new area to explore, more features will be coming to Snaktooth Island as well. Your hut will be customizable, and finishing challenges will open up new decorations to personalize your lodgings. Also, according to a press release sent out today, you’ll be able to put a hat on your favorite Bugsnax. A crucial update.

Bugsnax: Isle of Bigsnax will be a free update for those who own Bugsnax on PlayStation 5, PlayStation 4, and PC. So for those that picked it up back when it was a PlayStation Plus title, well, you’ve got even more (and even bigger) Bugsnax to catch.

Bugsnax: The Isle of Bigsnax is expected to arrive in early 2022. Additionally, Bugsnax will be available on Steam sometime next year.