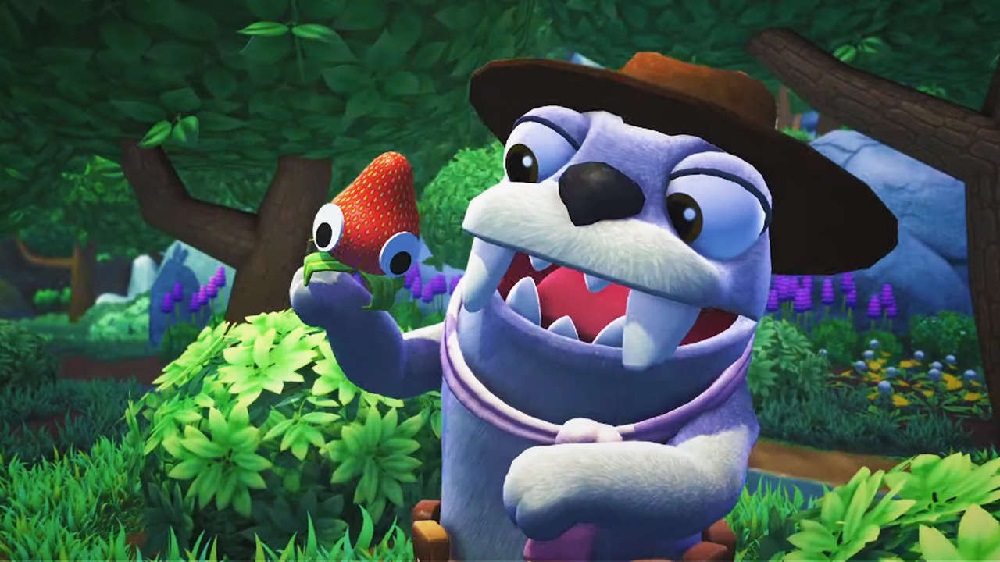 While there were plenty of exciting titles showcased in the PS5: Future of Gaming presentation, one game which really seemed to strike a chord with viewers was Bugsnax, the latest project from Octodad developer Young Horses. While people were definitely hooked by the trailer’s odd characters and catchy theme song, many were left wondering what kind of game Bugsnax actually is.

Fortunately, studio President Philip Tibitoski has offered a little more info about the delightful-looking title. Speaking in an interview with US Gamer, Tibitoski revealed that Bugsnax is a first-person adventure set on the tropical paradise that is Snaktooth Island. Players will step into the role of a journalist who travels to the island at the behest of explorer Elizabert Megafig, and therein begins the sweet-tasting adventure.

Tibitoski goes on to say that there are around 100 “Bugsnax” located around Snaktooth Island, but remains fairly tight-lipped on actual gameplay mechanics. Meanwhile, over on Twitter, programmer Kevin Geisler has cited Viva Pinata, Pokemon Snap, Dark Cloud, and PlayStation classic Ape Escape as sources of inspiration. Tibitoski also notes the latter title as playing a part in Bugsnax conception.

There’s plenty of information regarding Bugsnax, Young Horses’ thoughts about the community’s reaction, the utilities offered by the PS5, and the team’s partnership with pop star Kero Kero Bonito over in US Gamer’s interview, so be sure to check it out right here.

Bugsnax is currently in development for PS5, PS4, and PC via Epic Games Store.

Bugsnax: Behind its story, the PS5 controller, and that catchy theme song [US Gamer]