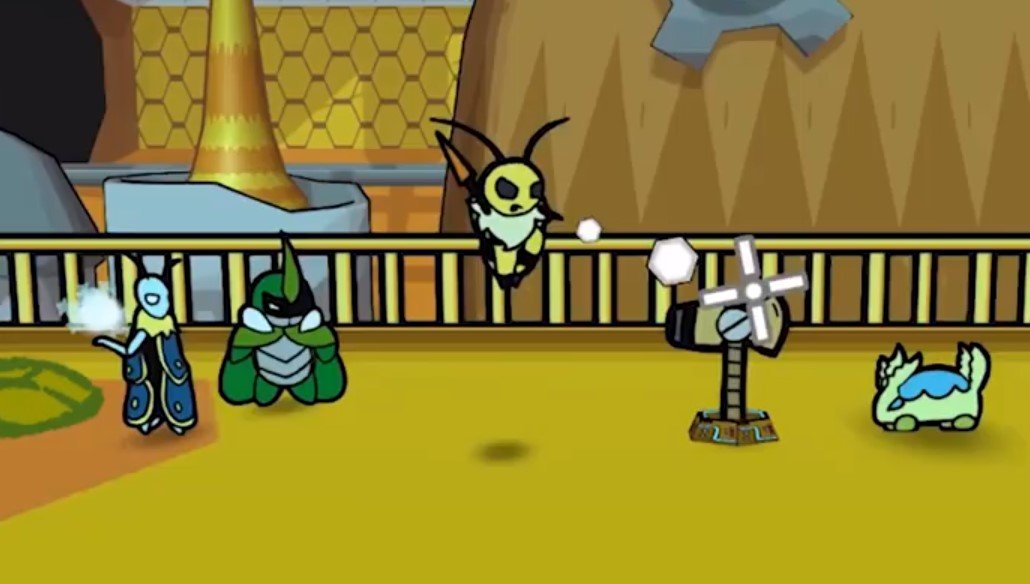 Ever since Bass shared his impressions on its Indiegogo demo, I’ve been looking forward to Bug Fables. Moonsprout Games’ debut project is laser-focused on two of my biggest desires, a return to classic Paper Mario gameplay and colorful anthropomorphic insects that kick ass, but it’s hard to not be cautious about crowdfunded games these days. Thankfully, it’s shaping up to be a promising homage by all indications, including its latest trailer revealed at this year’s BitSummit.

I could gush about everything this trailer does to pander to me, but the real juicy bit is the reveal that Bug Fables is coming to Switch and PS4, in addition to Steam. Seeing an indie project expand to wider horizons it good enough news by itself, but bringing it to the Switch is an excellent move.

Even in the Paper Mario franchise itself, “Paper Mario-likes” are a tiny niche with an extremely passionate following. Bug Fables‘ most notable peers are Underhero and Scrap Story. The former of those is so obscure that we, unfortunately, don’t have any front page article links to shoehorn into this paragraph. The latter is still so early in development we don’t even know which platforms it’s heading to.

Now Bug Fables is coming to the platform those fans are most likely to own today. With the current absence of a new Paper Mario game on the Switch — let alone one without a controversial gameplay formula in lieu of the first two games’ twist on turn-based RPGs — Bug Fables just might be the closest thing to a Thousand-Year Door sequel we’ll ever see. I have a great feeling about it, but we’ll see whenever Bug Fables releases this year.