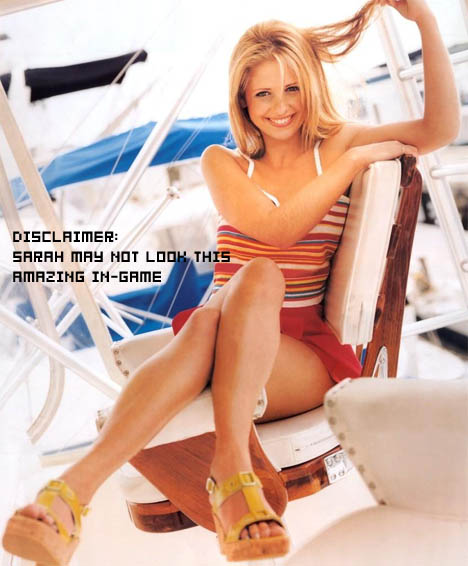 Today, 505 Games announced a deal with Twentieth Century Fox to bring a new Buffy the Vampire Slayer game to the Nintendo DS.

Buffy the Vampire Slayer: Sacrifice is currently under development by by Romanian studio Beast. Players play as Buffy, who sets out to seal the re-opened Hellmouth in an original story by Rob Deshotel, a writer from the TV series. The game’s story is set after the end of the seventh season of the television show.

The press release calls this a 3D survival horror game. It uses both third-person and first-person gameplay, and features 24 levels and over 20 weapons. It will also feature show characters like Spike, Angel, and the Scooby Gang.

This game will be coming to Europe in November this year. No US release date is given.

Judging by the screenshots below, how do you think this will turn out? Personally, I’m not sold on the third-person shots.