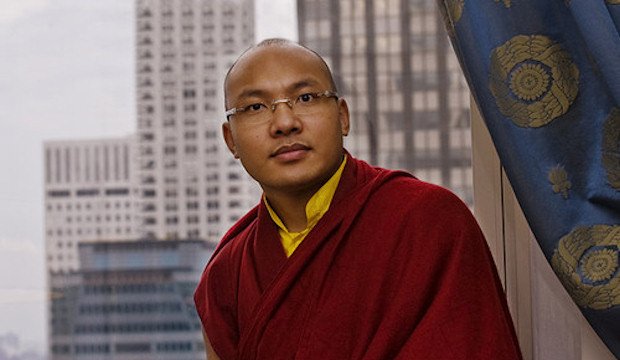 Videogames often get criticized by out-of-touch old cranks for causing violence and encouraging aggressive behavior, so it’s very interesting indeed to see that one man, who could rightly be regarded as an expert on serenity and anger-management, is recommending videogames as a way to curb aggressive tendencies.

Trinley Dorje is more than just a Buddhist monk. The twenty-four-year-old man is the Karmapa Lama. That makes him the only Buddhist leader to be acknowledged by China, India and Tibet. So yeah, he’s a pretty big deal and he knows his stuff when it comes to the Buddhist way of life. He’s also a keen gamer, and believes that the so-called “sick filth” of interactive entertainment doesn’t clash with his belief system.

“So, for me sometimes it can be a relief, a kind of decompression to just play some videogames. If I’m having some negative thoughts or negative feelings, videogames are one way in which I can release that energy in the context of the illusion of the game. I feel better afterwards.

“The aggression that comes out in the video game satiates whatever desire I might have to express that feeling. For me, that’s very skillful because when I do that I don’t have to go and hit anyone over the head.”

It’s very refreshing to see such an open-minded take on videogames, especially from a spiritual leader. He’s quite right, too. There’s nothing like pumping virtual bullets into your friends to relieve tension and I must say, every time I score a headshot on Killzone 2, I feel one step closer to enlightenment.