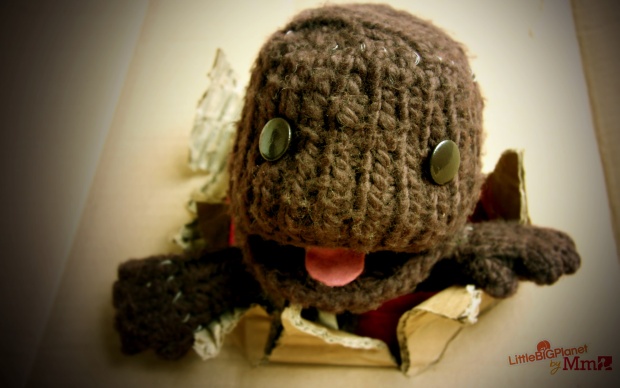 If you never tire of suiting up your sackboy in different costumes and hurling him across the world of LittleBigPlanet, I have fantasic news for you: Media Molecule has a full slate of new DLC coming your way in April and May, and it’s enough to keep you busy for quite some time.

According to CVG, April 16th and 23rd will bring two free DLC packs, the first being the Monkey King costume and the second a Creator Pack that includes tools to help you do more in creating your own levels. After that, we get the Heavenly Sword mini-pack, which includes the Nariko and Kai costumes, an Egyptian-themed costume pack, and a Norse-themed costume pack. Hit the jump for the full schedule and more details.

I haven’t picked up LittleBigPlanet in a while, but considering the craze for all things Egyptian around the office, I think I might check out that pack when it comes out. I could create my own Egyptian Dental Fair level, in fact!

* There is a new music player which lets players choose their own music from the XMB to play during create mode and in their Pod
* Improved decoration mode makes it easier to customise your Sackboy
* Option to delete all (unhearted) community objects and photos
* Option to select whether to automatically collect community prizes and photos
* A number of improvements have been made to make profiles more robust and to recover from certain errors
* We now support Japanese and Korean IME for text chat.
* Emitter prediction has been improved (this should help fast-moving projectiles e.g. in MGS levels)
* The player proximity switch now has a ‘require all’ option in it
* An option has been added to cycle between various level information when viewing community levels on the earth
* Various LittleBigStore improvements

Inspired by Egyptian mythology this pack has costumes for Anubis and Sekhmet along with 10 theme stickers to help you add some Egyptian flavour to your levels. Contains: