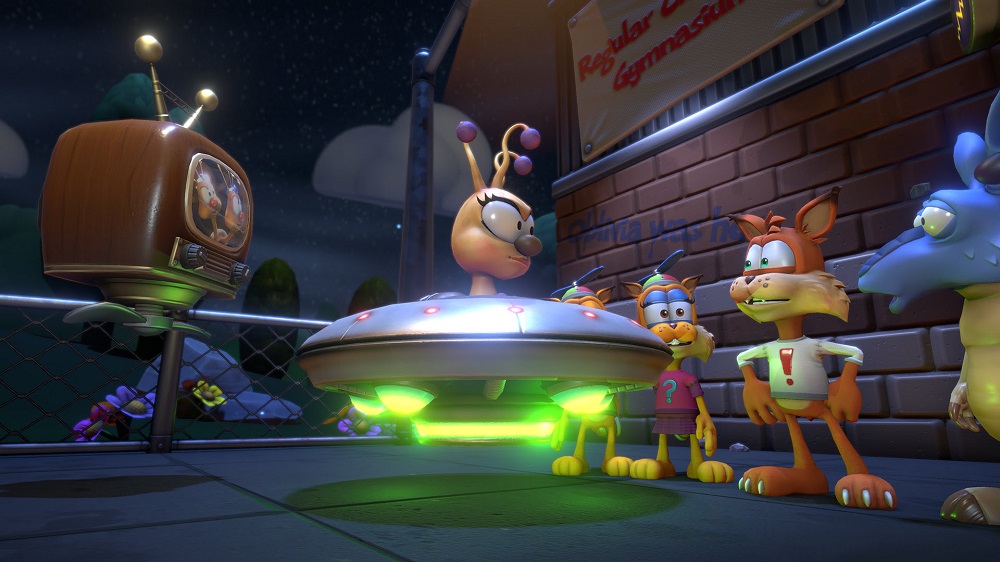 Annoying bobcat not leaving us alone just yet

Publisher Accolade has announced that the latest title starring the much-maligned Bubsy Bobcat is being prepped for release on Nintendo Switch. Bubsy: Paws on Fire, which is developed by Bit.Trip helmers Choice Provisions, will arrive on the hybrid console in August.

Paws on Fire is a runner/platformer, where player will guide Bubsy, alongside pals Virgil Reality, Aaron Aardvark (for fuck’s sake) and Woolie through a series of auto-running levels, dodging hazards and grabbing balls of wool and other pickups to maximise bonus points. These are interspersed with some basic shmup stages and into-the-screen bonus levels.

“The Switch version of Bubsy: Paws on Fire is done,” said Choice Provisions co-founder Mike Roush. “You’ll love it. Only we can’t get Bubsy to go home, guess he works here now.”

The star of the hour, Bubsy himself, also chimed in on the press release “I think Choice Provisions and I really nailed it. They wrote, produced, developed and created Paws On Fire, but I did everything else! So, it was mostly me.”