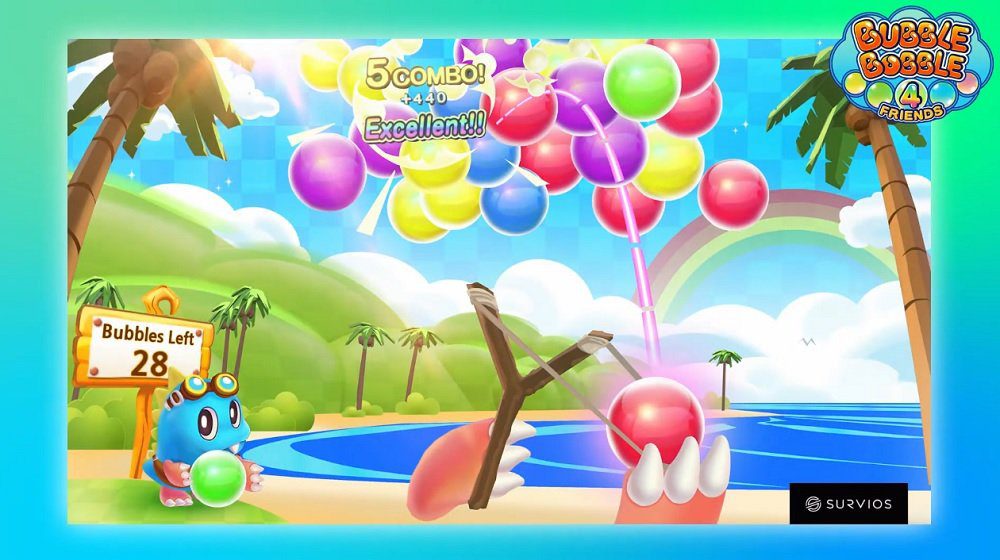 The announcement was made in a new video by Taito’s Yuichi Toyama and Bubble Bobble 4 Friends director Tsuyoshi Tozaki, with the duo also noting that the original Nintendo Switch edition has secured an impressive 100,000 sales to date. As previously reported, the PS4 port of Bubble Bobble 4 Friends will feature a host of new stages and features that were not included in the original Switch release. But fret not, as a free update will be applied to the Switch edition, adding in the bonus content.

Despite the visual facelift, Bubble Bobble 4 Friends features all on the classic bubble-popping, platform-hopping action fans expect from the legendary series, as players guide Bub and Bob through 100 single-screen stages, defeating baddies, eating goodies, collecting power-ups and bonuses, and staying one step ahead of the terrifying Baron von Blubba. He’s still creepy AF.

As a bonus announcement, the video concluded with the reveal of a new entry in the Puzzle Bobble/Bust-A-Move series. This 3D take on the classic colour-matching series is currently in development for Oculus at studio Survios. More details will follow at a later date.

Bubble Bobble 4 Friends is available now on Nintendo Switch and launches on PS4 in November.