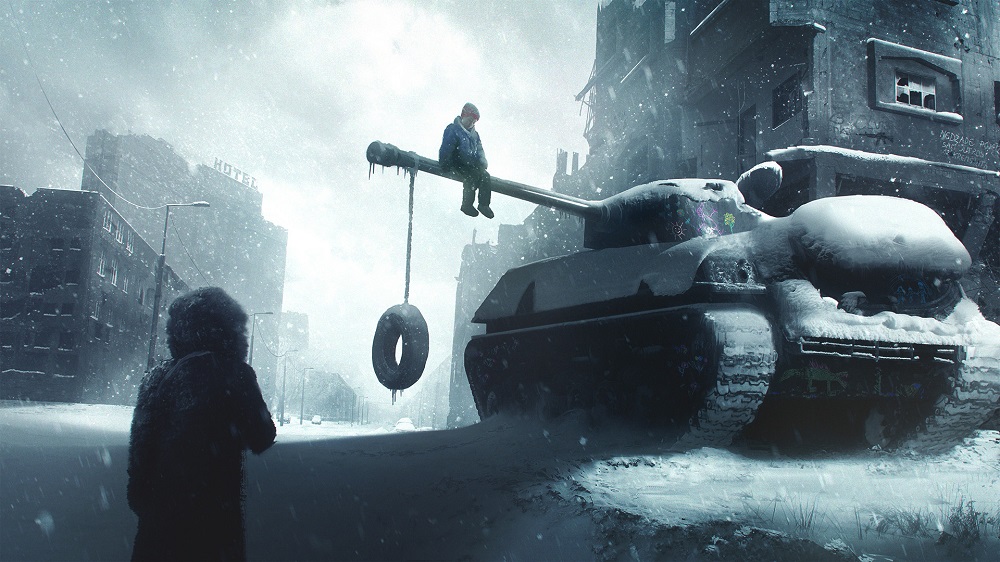 Deep Silver are to publish 11 Bit Studios’ grim survival title This War of Mine for Switch. The sleeper indie hit will be arriving on Nintendo’s hybrid console at the end of the month.

Originally released back in 2014, This War of Mine asks players to take terrible risks and make morally-tough choices in order to keep a small band of survivors alive and safe in the fictional war-torn city of Pogoren. Players must spend their days crafting, providing aid for their group and doing their best to keep morale high, before venturing out at night to scavenge for food and tools, hoping to hold out until a ceasefire is declared. Grim stuff.

The Nintendo Switch edition will include all DLC and extra content released to date, such as The Little Ones, the Anniversary content, and Episode One: Father’s Promise. All future DLC will be automatically downloadable, free of charge. You can check out a new trailer for the Switch release below.

This War of Mine: Complete Edition launches on Nintendo Switch November 27.

Filed under... #11 bit studios#android#DLC#Horror#iOS#Ports#Survival#Switch#This War of Mine