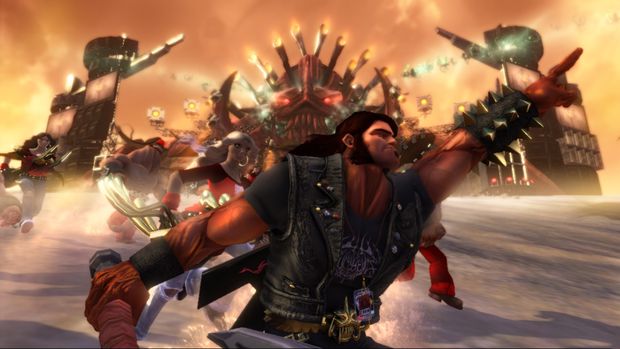 Circle of Tears, as described in the press release, is a “rough-hewn circular battlefield” that players will have to navigate in order to rock opponents. The other map, Death’s Fjord, is an “icy mountain path,” with fans waiting to be gathered at the bottom of the aforementioned.

The expansion is set to release on November 3rd via Xbox LIVE Marketplace for 400 Microsoft Banana Dollars (in moon speak). The PSN version of the content — at least in the UK — will launch on November 5th for free until November 19th, at which point it will be priced the equivalent as the LIVE version. All owners of the pack will receive a playable axe called “the Blade of Ormagoden” for their patronage.

[Update: The latest PS blog posting confirms that the two weeks of free on PSN is intended for the US as well.]