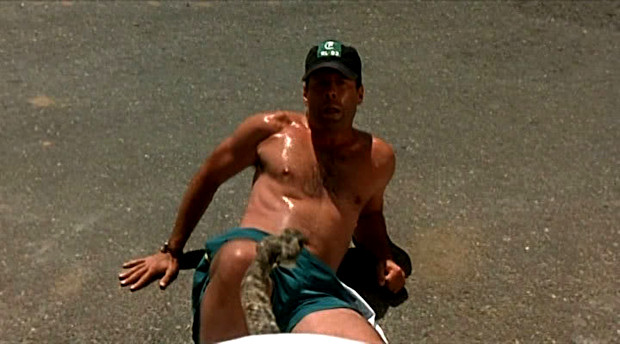 It’s generally accepted that Kane & Lynch would make a much better movie than it would a videogame, so perhaps Bruce Willis hasn’t signed his death warrant by agreeing to star in a film version of the awful shooter that ruined everybody’s lives in 2007.

Yep, that’s right! Bruce Willis, most famous for his role in the movie Death Becomes Her, has agreed to play Kane in the film adaptation of the Eidos game. Apparently, he loved the script, praising it highly and happily signing on for a leading role. Of course, Kane & Lynch has always sounded good on paper.

“The script has been incredibly well-received around town,” beams producer Adrian Askarieh. “After Bruce Willis read it, he called it one of the best action scripts he’s ever read, and Bruce is an expert in terms of action scripts because he’s read everything over the last 20 years.“

Personally, I always felt that Robert Patrick would make an amazing Kane, as they both have a very gaunt and stern look to them. Still, Bruce Willis is a pretty big name so one can expect this film to do quite well. Lynch is yet to be cast, so we ask you the all-important question: Who would be best for the role of a balding, bearded, murderous psychopath? I would like to suggest Jeff Minter. They look a little similar, and are both totally mental.