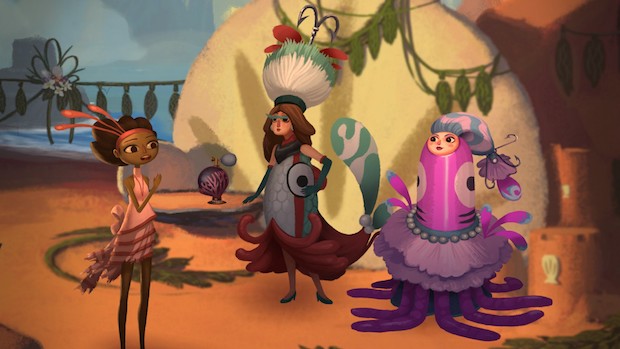 That’s (double) fine by me!

For those of you who have purchased the game through Steam or some other digital outlet, you will receive Broken Age: Act 2 as a free update. The game will also be ported to the PlayStation 4 and PS Vita alongside the free Act 2 update and the retail release. There are currently no plans for retail PlayStation copies, according to Double Fine’s Greg Rice.

Some of you may recognize Nordic Games as the folks who purchased most of THQ’s remaining assets (like Darksiders and Destroy All Humans) in a court-mandated auction two years ago. In July of last year, Nordic picked up the THQ trademark with the intent to use it. It currently remains to be seen whether Broken Age will be the first new game to be published under the THQ banner since the publisher’s collapse.