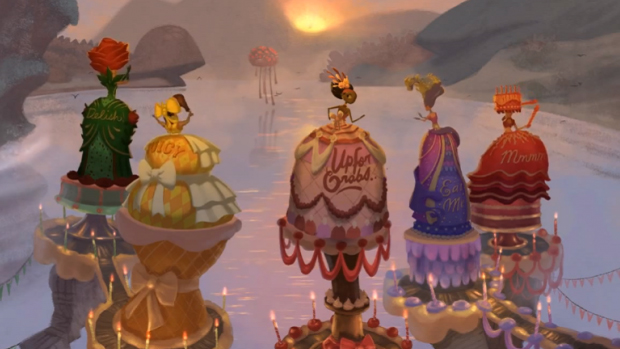 The most successful videogame Kickstarter in history is about to land in the hands of those who made it happen this coming week. The first part of Double Fine’s Broken Age will become available for backers on Tuesday, January 14. Backers received notification of the impending release shortly before Christmas, while the first public acknowledgement of the date came from Tim Schafer via Twitter late last week.

I’ve long had concerns that the success of the Double Fine Adventure campaign could have serious repercussions for the “Kickstarter Spring” we’ve been experiencing in independent game development. If the final product fails to measure up to the lofty expectations set by the final funding total, confidence among backers could diminish. I think Double Fine has done a great job of keeping those who contributed financially to the development informed and involved throughout the process up to now, and believe that’s going to go a long way toward preventing any sort of backlash, but there’s still a chance things could go horribly wrong.

The real proof will be in the pudding. I’m sure we’ll be hearing plenty of reaction from those backers this week, and that we can expect an announcement of when the rest of the world will get their chance to play Broken Age soon.