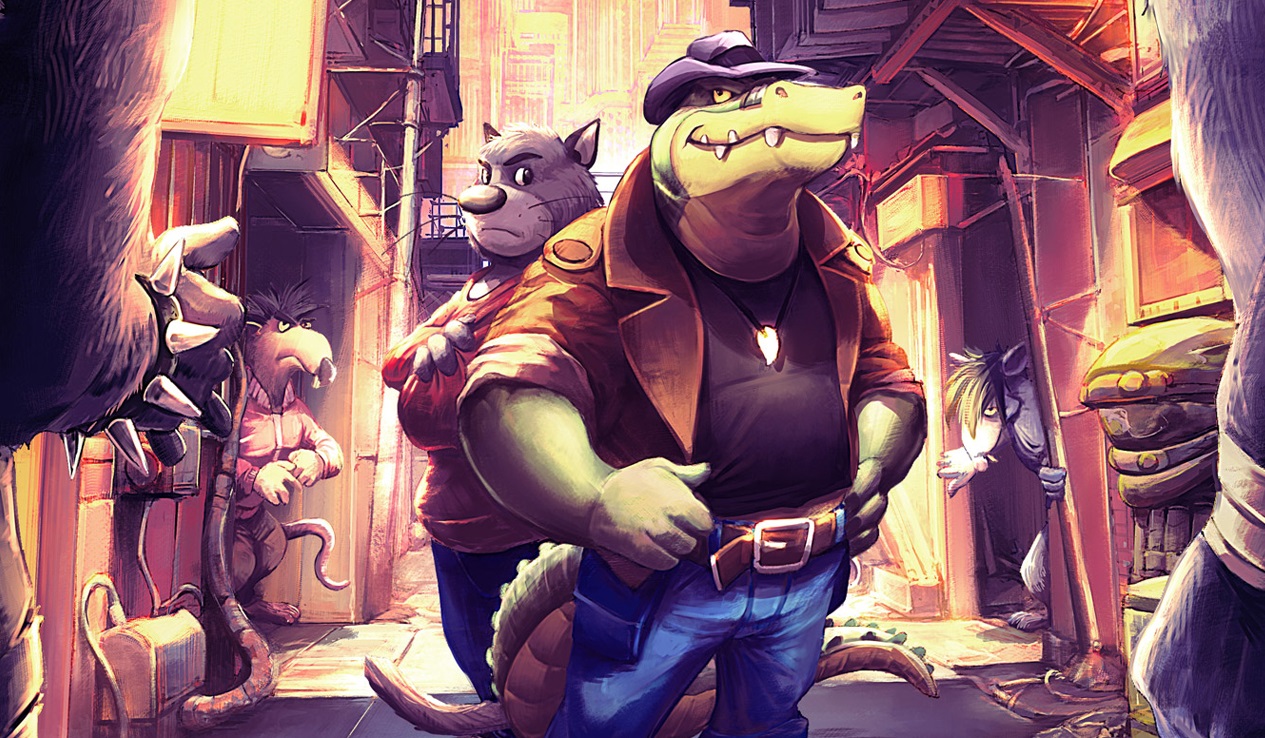 In a while, crocodile

Indie outfit COWCAT has announced that its fun-looking point ‘n’ click/brawler hybrid Brok the InvestiGator is almost ready to embark upon its first case. The animated adventure will come busting out on PC August 26, with a bevy of additional console ports scheduled for winter 2022.

Brok the InvestiGator is set in an alternative anthropomorphic universe and sees the down-on-his-luck boxer turned private detective eking out a living among the city’s more downtrodden and repressed denizens. However, a new case looks to shed new light on the life of Brok and his stepson, Graff, with spiraling events that may lead to answers about the tragic events that took the life of Brok’s wife and Graff’s mother. Break out the detective hat and knuckledusters — We got ourselves a mystery to solve.

As both Brok and Graff, players will embark upon a classic point-and-click adventure, conversing with the locals, solving puzzles, and gathering clues in order to progress the intriguing narrative. These investigative moments will be frequently interrupted by ne’er-do-wells, forcing our heroes to engage in bouts of down ‘n’ dirty 2D brawler action, which makes for a fine mix of action, adventure, and mystery.

Packed out with a wealth of comic-style artwork, a fully-voiced cast of characters, and even multiple endings, Brok the InvestiGator is a very ambitious project from the young studio, and definitely worth keeping an eye on for those of the point ‘n’ click, brawler, or furry persuasion.

Brok the InvestiGator launches August 26 on PC (via Steam and GOG). PlayStation, Xbox, and Nintendo Switch ports will follow this winter.