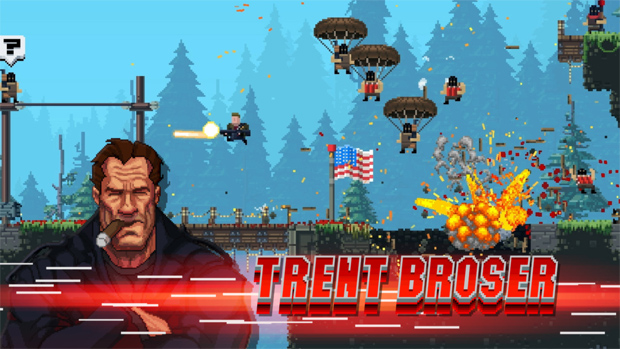 Free Lives’ Broforce is a run-and-gun game with a parody-filled cast of action movie heroes. Indianna Brones, Rambro, Snake Broskin — the list goes on. It’s all too perfect, then, that this team has collaborated with The Expendables 3 for a free promotion game.

This is The Expendabros, out now on Steam.

All told, there are seven playable characters based on the film and ten missions. Pretty dang cool. Even if you aren’t into The Expendables, this should be a good taste of the full-fledged Broforce.