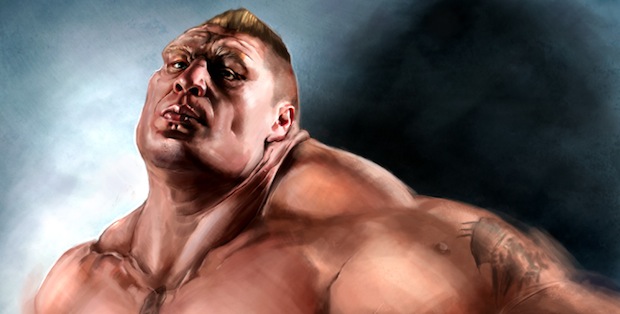 Unlike those pansies at EA with Madden NFL 11, THQ isn’t offering a vote on who should be its cover athlete for UFC Undisputed 2010. THQ set its jaw on “firm,” and has revealed that UFC champ and now returning octagon veteran Brock Lesnar is to grace the cover of the game for its May 25th release.

Like most MMA guys, Brock Lesnar is a big dude that probably has issues cleaning his own back because of his bulging chest and biceps. Of course, we wouldn’t ask the dude how he hurdles this issue. We like our noses and eye sockets just the way they are: unbroken, cute, and pronounced.