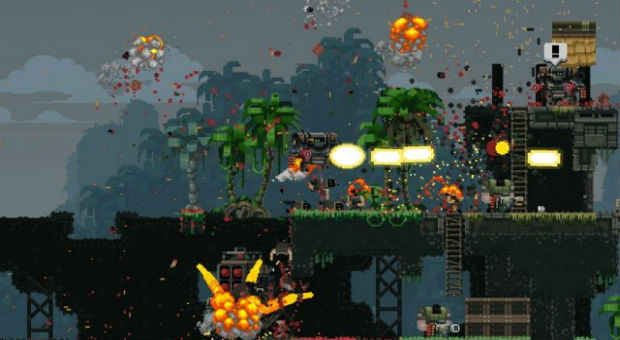 If you’ve been bro-ing out with Broforce, Free Lives’ patriot simulator, you might have noticed it’s received a beefy update on Steam Early Access. We’ve got two additional bros on tap, along with a new mechanized enemy unit to wreck your enemies, because freedom. The only caveat is, you have to play one handed while you chow down on apple pie and sing the national anthem at the same time.

Time Bro joins the force, with the ability to slow down time and blow up the joint with his beretta. Broniversal Soldier can revive fallen enemies so they never have to stop fighting for the cause. Then you’ve got some mechs, too. That’s the spirit of America, after all, right alongside wearing Uggs with jeans to Walmart with your entire midriff exposed.

An additional list of updates were made to the game, all of which are available for your perusal on the Steam forums. I haven’t tried the game yet, but I definitely still want to. Has anyone tried it out yet? Alasdair dug it. How ’bout you?