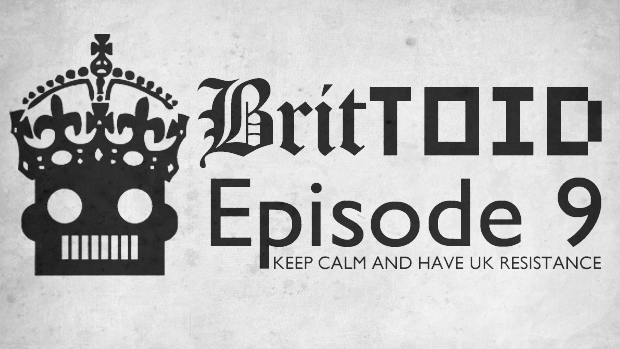 Ladies and gentelmen as the Royal wedding is upon us here in the glorious Untied Kingdom we decided this was the perfect time to further celebrate our Britishness by bringing you episode 9 of BritToid: Destructoids British gaming focused podcast.

We start with games of the week where Germany has another delightful indie rant while Seto tells us he can’t play half-life because it makes him vomit. Chris browns penis makes another ‘appearance’ and Seto explains why he bought a 3DS and A DSi XL despite having a DSlite and Jim isn’t the only Dynasty Warriors fan on staff.

The news this episode looks at the console launches and how GAME staff were being told to purchase brand new consoles to sell them as second-hand and how Apple own our souls. GAME also decide to launch a gaming expo this year — not to everyones excitement and we give a salute and farewell to the now deceased gaming website UK Resistance who brought us the Blue Skies in Gaming campaign.