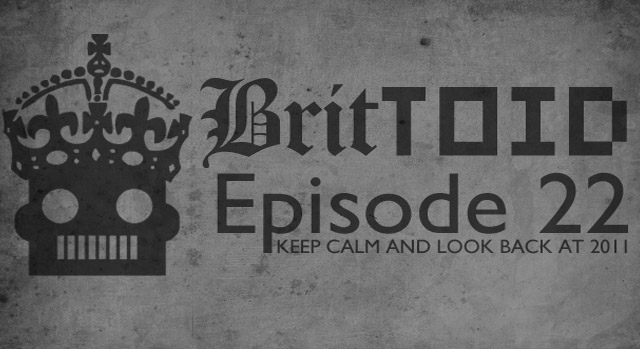 It’s not too late to do a 2011 recap right? Well it is still January, so myself and the BritToid team decided to look back before we move forward into 2012. We picked a whole bunch of categories to discuss and believe me, there were many disagreements along the way… *cough* n0brein — you crazy German. We wanted to make sure that we covered as many areas as possible without going on for hours, which was extremely difficult.

The ones we decided on were:

It’s not all about us though. We want to know what you would pick for the categories above, so either comment here or head to the forums and let’s start a fight!

You can follow BritToid on Twitter for updates and get involved with Dtoid EU on the emailer. BritToid is available to download directly or through iTunes and you can also subscribe to us there.

Music tracks for this week are a section from a Baiyon set and Sichtbeton feat. Tillevision-Annabelle.