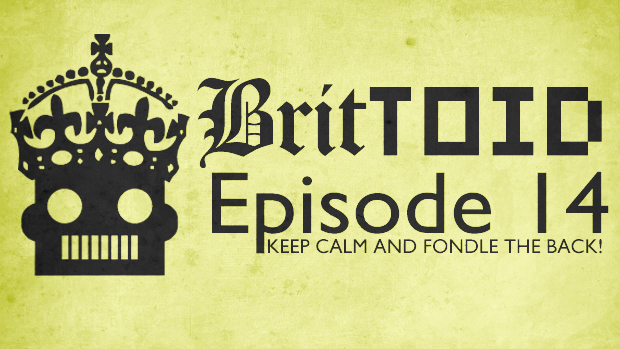 Welcome to episode 14 of BritToid, Destructoid’s very own Euro-focused gaming podcast, where every fortnight I try to control the madness and stop Dan Seto and Dan Carniero from spending the whole time arguing.

On episode 14 we catch up with what everyone has been playing; take a look at the winners of the Developer Awards, as well as argue over our nominations for the annual Golden Joysticks; we get super excited about the Zelda 25th anniversary concert being announced in London; we discuss fondling the back of the PS Vita following its delay until Q1 2012; and finish up by discussing the The Sun newspaper’s headline of “Death by Xbox.”