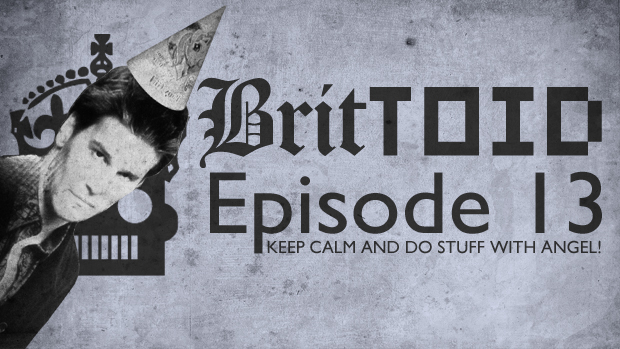 At the end of recording every episode we pick a title which is based on some of the dumb stuff we say. While arguing over what to call this episode I discovered the greatest website of all time – Angel does stuff which became the inspiration for this week.

On Episode 13 the cast once again talk about what games they have been playing — except I’ve done nothing but read the Game of Thrones books — and we talk about the loss of jobs from Future Publishing, who are behind some of the UK’s finest gaming magazines. After the break we come back to discuss the massive growth of the UK games market, Capcom Fight Club UK is now a thing that is happening and Games City, the UK’s first games festival is taking place this year. We finish up by discussing the Harry Potter refugee camp which despite being NVGR is absolutely hilarious.

Remember you can follow us on Twitter; download BritToid directly or via iTunes. Want to get involved with the DtoidEU community? Then join the emailer, we are a rather nice bunch!