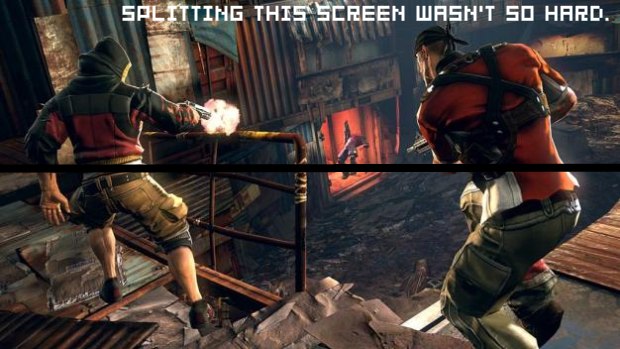 Online multiplayer has pretty much made split-screen gameplay its bitch. The function has been abandoned in half the games out there, and in the ones that it is in it makes one wonder how often it is used. I for one love me some split-screen as I don’t think the experience of playing a game physically next to someone can be replicated by online play, but maybe I’m in the minority. It’s also true that adding split-screen into a game can create added challenges for developers (especially when the game is being played online), which is why Brink‘s Paul Wedgwood says the game’s inclusion of the feature is still undecided.

At the Eurogamer Expo yesterday the Splash Damage dev said, “We’re undecided on split-screen for Brink,” after being asked about the game supporting it. He then went on to explain about the challenges putting it into the game created and whether or not the feature was even necessary at all. Considering Brink is all about online co-op and an ever changing online battle I can see where they’re coming from with the idea that it just wouldn’t be needed, but the old school gamer in me dies a bit more admitting it.