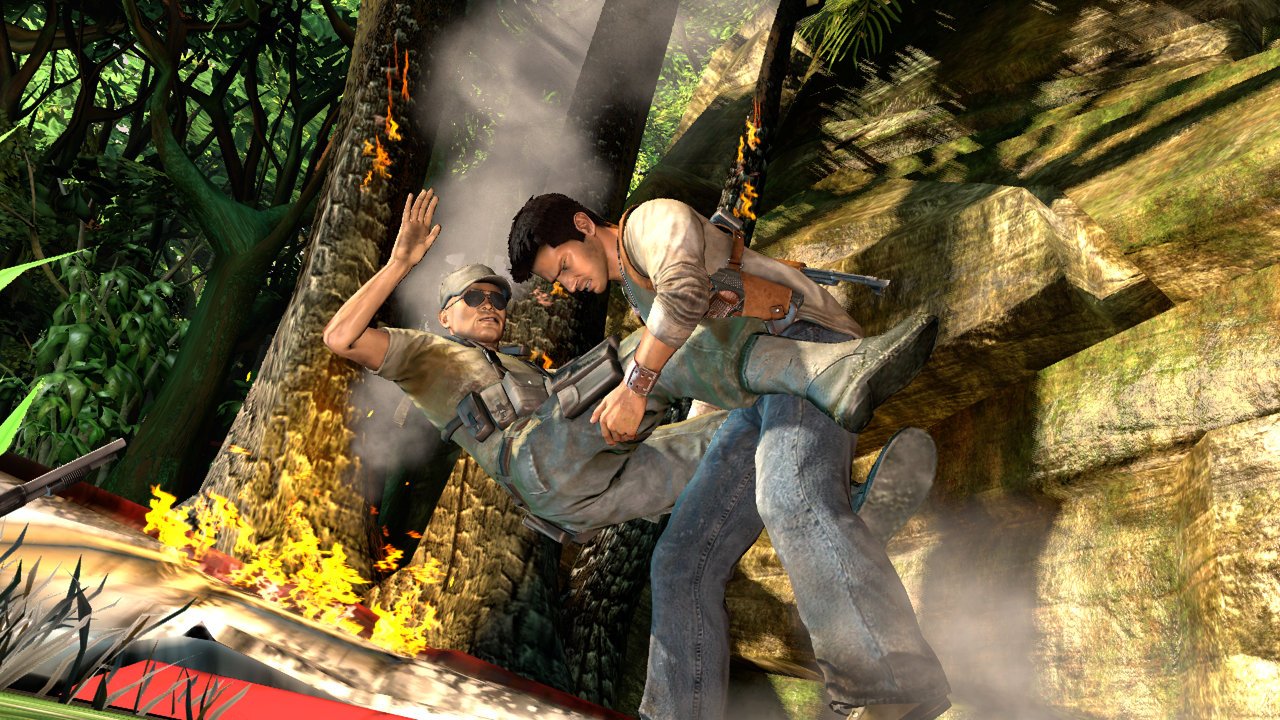 I’ve been playing my Vita a lot more lately. The rekindling of my love sprung from a recent playthrough of Resident Evil 3, which was spurred by my review of the Resident Evil 2 remake. Sony’s little portable is such an easy way to play classics, my God, it’s a shame it’s being phased out and the PS Vita PSN will be dead one day.

In the meantime I’ve been flipping (literally) through that gem of a UI and came across an old flawed favorite: Uncharted: Fight for Fortune. It’s time to bring it back.

When Sony originally made it known that they were releasing a card game before Uncharted 4, there was hell to pay. Because for some reason, even though a series is wildly successful and there are clearly full sequels in the works, we can’t possibly give spinoffs a shot. It’s a weird horde mentality that I just don’t get, and here’s a crazy concept…what if those offshoots are good and further fund the IP for years to come?

Fight for Fortune was just too damn early. This was 2012, pre-Hearthstone craze in a time where there wasn’t a whole lot of crossover between tabletop players and regular old Uncharted fans. Developers SIE Bend Studio and One Loop Games also didn’t have the benefit of what digital card game (DCG) creators know now: which is to say, you need a whole lot of panache to stand out.

I had my issues with Fight for Fortune seven years ago, but I still felt compelled to play through the entire campaign (this is key: many DCGs still don’t even have one) and then some (a 7.5 at Destructoid: that’s good!) It’s also not afraid to get weird, like when it pits you against Sully’s parrot Jose and giant bullet holes fill his avatar with gunshot noises when you attack him. Fight for Fortune ended with an Uncharted 3 expansion, but could easily incorporate Thief’s End and Lost Legacy with a snazzier, more exciting rebooted 2.0 version. What’s known as the “Realm Reborn treatment” is becoming increasingly popular, even as it pertains to card games.

What’s the best thing about Fight for Fortune? The fixed content model: you know exactly what you’re getting. Rather than gamble on random card packs (which works in moderation, but not something I like to see everywhere), you’re picking up a fully-fledged card game with all the content intact. It’s a model employed by Fantasy Flight Games with their “LCG” (living card game) line and I love to see it proliferated wherever possible in this era of loot box dollar sign chasing.

I know it’s a pipe dream, but Sony could also reboot the card game shtick with a “Sony All-Stars” concept, with PaRappa packs, and so on. Sony and something “All-Stars” related? That’s not just a pipe dream, Vince McMahon’s “No Chance in Hell” theme just magically played in my office as I wrote this.

But it’s a thought.