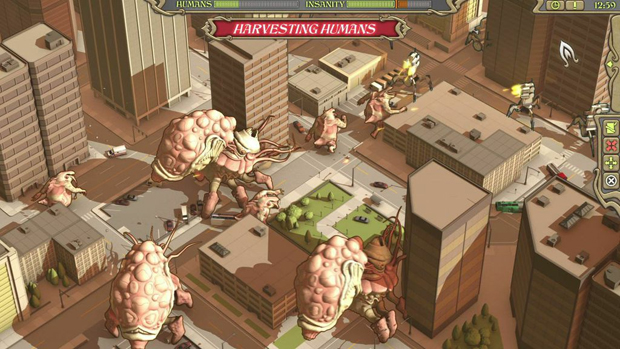 Human Resources has a fun core concept for a real-time strategy game, and it’s right there in the name: humans, not minerals, are the resource. No, this isn’t a game about a corporation, silly — you play as a faction of giant robots, or tentacled beasts, and you’re looking to end civilization.

This is Uber Entertainment’s next Kickstarter following its previous strategy title, Planetary Annihilation, which was crowdfunded just over two years ago. Speaking of which, the studio “will continue to support that project while a new team builds Human Resources.”

I liked this line from the Kickstarter pitch: “Battles unfold on floating fragments of Earth as they are ripped from the planet and pulled toward the waiting mouths of god-sized faction leaders.” Far more interesting premise for an RTS than the norm, although it’s not like we’re getting too many high-profile releases in the genre these days. Assuming this gets fully funded.