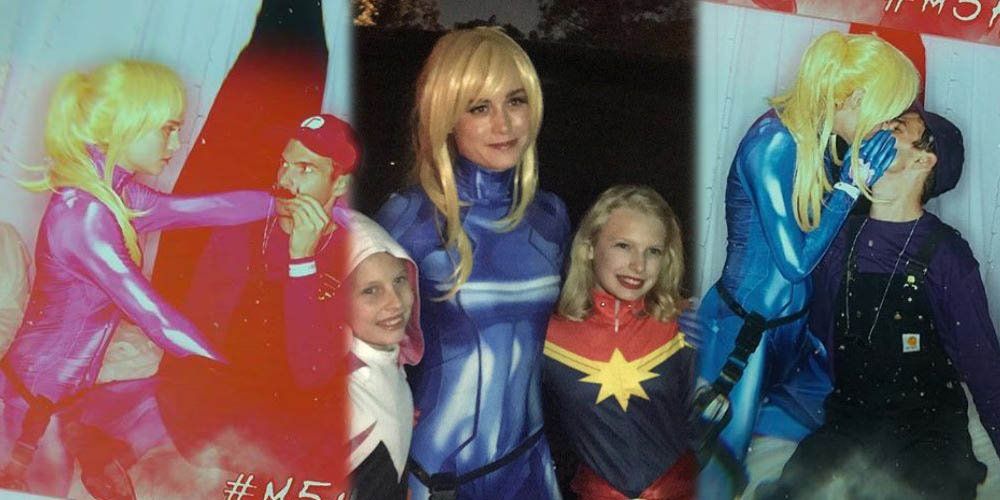 I wish everyday was Halloween

In the past, she was in a band with Superman. In the present, she’s Captain Marvel, one the most powerful space-fairing super heroes in modern film. How the heck do you top all that? If you’re Brie Larson, the answer is simple – become one of the most beloved, badass protagonists in video game history.

It was just a Halloween costume at first, but when folks caught wind of it, Larson was quick to note that she would actually love to star in a Metroid film as Samus Aran. I’m all for it, especially if she gets to sport the green hair and arm cannon from the original game. I know that style was retconned out of existence, but it’s still my favorite look for the acrobatic bounty hunter.

Larson-as-Samus was also spotted giving a peck to Waluigi. Hopefully that makes the sting of being excluded from a playable spot on the Smash Ultimate roster a little less soul crushing.