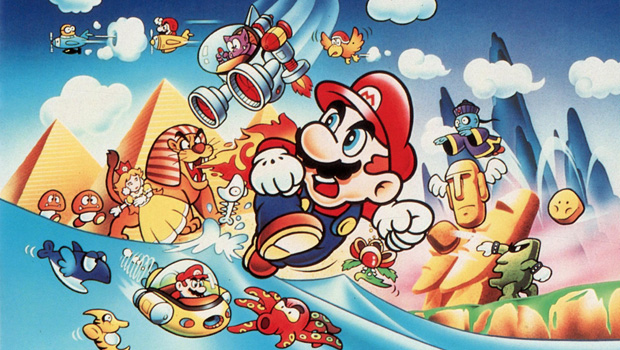 Mario’s got some big superballs

Did you know that Mario doesn’t throw fireballs in Super Mario Land? They’re superballs — you know, like the kind you’ll find inside capsule machines at the front of the supermarket. Surprised?

Fresh from his interview with Destructoid, brentalfloss has uploaded a new “With Lyrics” video that honors / criticizes the Game Boy classic Super Mario Land. But this isn’t any ol’ brentalfloss video. For the first time ever, he has a collaborator on board to co-write the song. Enter UK native Dave Bulmer, whose silky voice manages to upstage Brent’s performance! It’s the Britishness.

The pair go back and forth on the merits of Super Mario Land. Brent says it’s poopy while Dave gives it his personal seal of approval. No matter which side of the fence you are on, you gotta love the Hip Tanaka soundtrack!