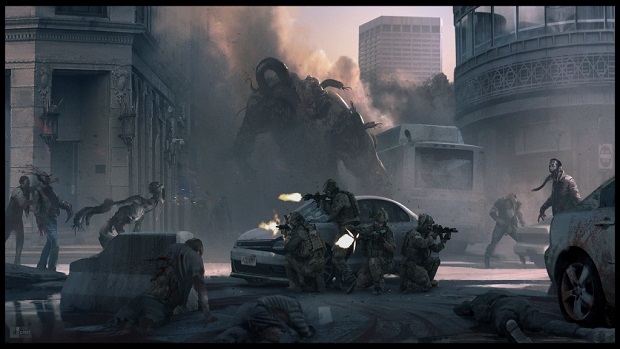 In a somewhat interesting publishing move, Devolver Digital has announced that it will be teaming up with Gambitious to publish Breach & Clear: Deadline, a post-apocalyptic tactical strategy shooter, based on Gun Media’s iOS title.

Devolver has recently uploaded a behind-the-scenes video featuring commentary from Lexington, Kentucky-based Gun Media and Cary, North Carolina’s Mighty Rabbit Studios, the two development teams behind the project. The somewhat rough-looking footage is from a pre-alpha build that was recently shown at gamescom in Germany.

While I might be tempted to dismiss this sort of title based on its individual parts, I remind myself that Devolver has put its name behind it, so I’ll remain cautiously optimistic until I can learn more.

What do you think? Will this post-apocalyptic tactical shooter have what it takes to stand out from an already zombie-saturated PC market, or will it just get lost in the shuffling, undead crowd?