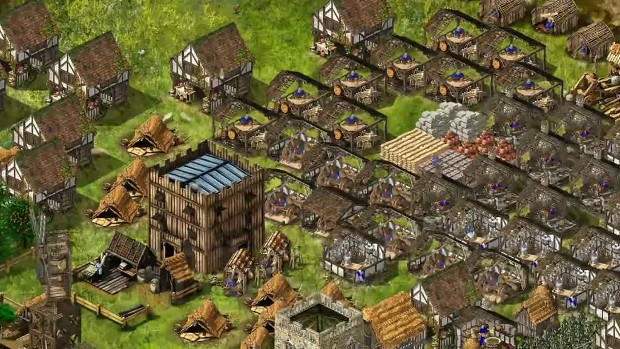 Or you could just look after cows

The Stronghold series has a lot more downs than it has had ups, starting off strong in 2001 with the first in the series, and then going on to spawn quite a few sequels and spin offs that, for the most part, failed to impress. The last installment, Stronghold 3, was the worst of the bunch, as you can probably tell from the review we gave it.

Now we have Stronghold Kingdoms, and on paper it sounds more than a bit off-putting. It deviates quite a bit from the standard formula, being both an MMORTS and a free-to-play title. However, two years of beta testing, and the solid core principle of building and defending sturdy castles makes it at least worthy of notice.

The video might be bordering on awful, but somehow it still left me intrigued. You can check it out now on PC, or grab one of the premium boxed versions, if that’s your thing.