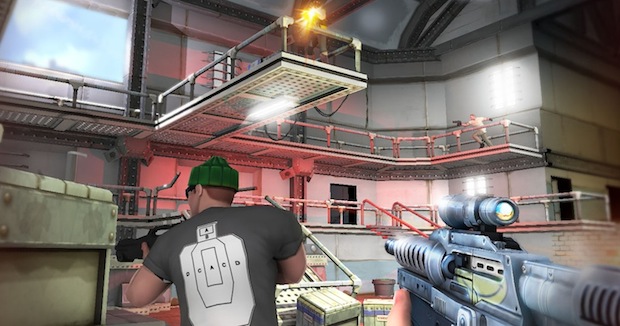 Ready to move beyond FarmVille? 3G Studios has targeted Facebook as the platform of choice for the launch of its “social shooter,” a first-person shooter, called Brave Arms. In a statement, 3G CEO James Kosta said it’s “fast-paced,” and competition-based. It also might be as close to a “real” gaming experience on the social platform.

“Our new title, Brave Arms, will bring first-Person Shooter games to the masses,” Kosta said. “It’s about fast-paced action and either competing against or forming teams with your friends. We want people to feel empowered and to share in a real videogame experience.”

If you’re turned on by this — and who wouldn’t be? — check out the game’s page and sign up for the beta which should launch before Bungie’s Xbox 360-exclusive fast-paced and competitive shooter Halo: Reach.