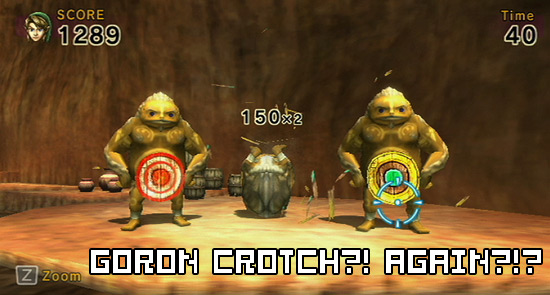 This recent NeoGAF thread contained the below screens — though no word on where they came from — from Nintendo’s upcoming Link’s Crossbow Training. The title looks prettier than it did the last time we showed off its media, but they have yet to show us something that indicates it will be anything other than a disposable pack-in title.

Then again, the most fun your cat has ever had was with a cardboard box and some plastic packing bubbles. If you could learn to be more like your cat — or Professor Whiskers — you wouldn’t have such high hopes for video games. In the end, if this title sucks, it’s your fault for demanding quality! There’s no one to blame but you, so you may as well stop crying.

Nintendo, I accept both cash and bags of cash.

Thank you for your time.