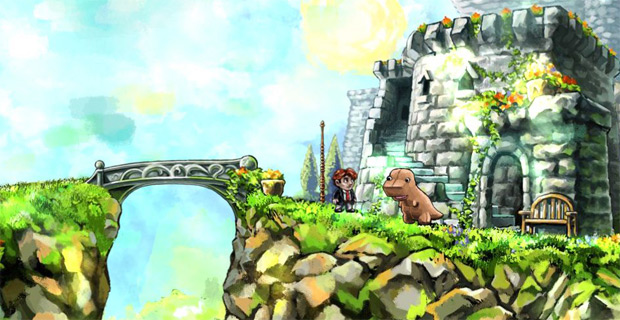 Instead of spending five bucks on lackluster fast food at one of those late night joints, why not use the money to fund an exciting purchase of Braid from Steam? Forget about “going back in time” potions, the game has got dinosaurs in it.

Now, as we all know, dinosaurs are badass. Sometimes, they wear futuristic armor that let’s them go PEW PEW PEW. Other times, they make otherwise crappy games somewhat tolerable. And in a fight against dragons, they could totally come out victorious, even as the underdog.

Sure, a few of the smaller dinosaurs would be charred to death, but there’s enough variety that the dinosaurs would ultimately win the epic struggle of badass versus badass2 by overwhelming their foes.

In other words, by purchasing Braid, you are pledging your support for dinosaurs. Make the right choice, or suffer the consequences.