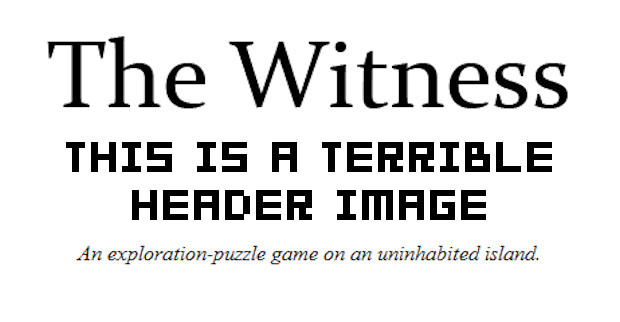 Braid creator Jonathan Blow has revealed a teaser site for his brand new game The Witness. The page is about as bare-bones as you can get, but it contains a scant smattering of details about what is sure to be yet another critical darling that will be held up in the “games as art” debate for many moons to come.

According to this site, The Witness is “an exploration-puzzle game on an uninhabited island.” The game is set for release “on multiple platforms — whatever makes sense in late 2011, when the game will hopefully be finished.”

That’s about all there is so far, but we’ll keep you posted. Braid will be one tough act to follow, and there are doubtless high expectations for whatever Jon Blow can cook up next. Braid was one of the most intriguing games I’ve ever played and shamed most XBLA offerings with its quality. I can’t wait to see what’s coming.