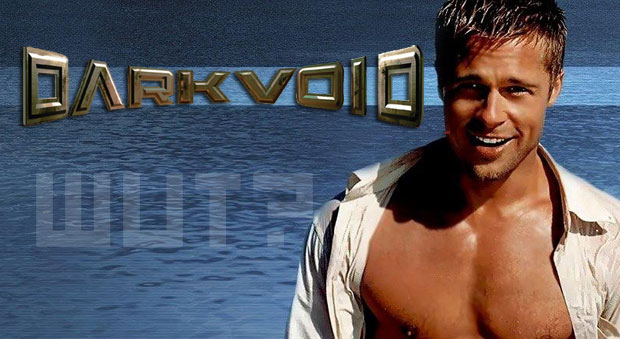 Capcom has just announced that it’s come to terms with Plan B Entertainment on the rights to a film based on its upcoming game, Dark Void. Plan B Entertainment apparently being Brad Pitt’s own production company, it’s possible/likely he’ll be the one starring in said film.

The project has been billed as a sci-fi action franchise, and I’ll let the word “franchise” haunt your imaginations on its own. Capcom calls the movie a “potential starring vehicle” for Pitt, and given he’s not such a bad guy, maybe it won’t be such a bad movie. Right? Guys? Ehhhh … *sigh*

Full press release is after the jump.

Los Angeles, CA (November 19, 2009) – Brad Pitt’s production company Plan B Entertainment, under its Creative Partnership with Reliance BIG Entertainment, and Capcom®, a leading worldwide developer and publisher of video games, have come to terms on the film rights relating to Dark Void™, a new property from Capcom. The theatrical version of the Dark Void game is being developed as a sci-fi action franchise and potential starring vehicle for Pitt.

Dark Void is an adrenaline-fuelled blend of aerial and ground-pounding combat which centers on Will, a pilot who crash lands in the Bermuda Triangle following a routine mission. Will wakes up to find himself in “The Void,” an alternate world resembling a primitive earth where aliens with superior technology are planning to take over civilization. Together with a faction of humans who have disappeared into the Void, Will takes on the alien race using their own advanced technology including a high-powered jet pack to defeat them and keep order in the civilized world.

Reliance BIG Entertainment’s Chairman Amit Khanna commented, ‘”We are delighted that our Creative Partnership with Plan B has led to this agreement to develop the Dark Void motion picture based on Dark Void along with Capcom and we look forward to future projects from them.”

“As a game, Dark Void was developed with a wide-screen mentality – a world full of adventure presented in cinematic scope and scale,” said Germaine Gioia, senior vice president, licensing, Capcom Entertainment. “Plan B recognized the potential of our newest property and are as excited about bringing Dark Void to life in cinemas as Capcom is to bring the interactive experience to home theaters.”