According to David Reid, CCP Games’ chief marketing officer, 96 percent of the people subscribing to his company’s flagship MMO EVE Online are male. 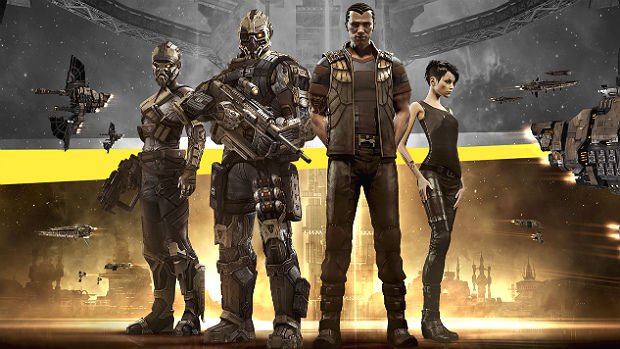 Despite only comprising a meager four percent of the user base, women aren’t entirely unrepresented in EVE Online. Ali Aras, for example, is the online name of a woman currently serving as vice-secretary of EVE’s eighth Council of Stellar Management, a player-elected committee that liaises between developers and players.

Still, EVE Online’s gender ratio is overwhelmingly, if not surprisingly, dominated by men, even compared to other MMOs. In a paper for Beyond Barbie and Mortal Kombat: New Perspectives on Gender and Gaming, researcher Nick Yee presents the result of a multi-year survey of over 40,000 MMO players: roughly 15% of them are women.

If EVE Online were trending with the broader landscape of MMOs, we should expect to see almost four times as many women than are currently subscribed.

“I think we have to be realistic about what EVE Online is,” says Thor Gunnarsson, vice-president of business development at CCP. “Science fiction-themed worlds tend to attract men.”

In a separate interview, EVE senior producer Andie Nordgren echoes Gunnarsson’s explanation, almost verbatim: “Part of it is due to the theme of the game. Science fiction is an extremely male-dominated domain,” she tells me. 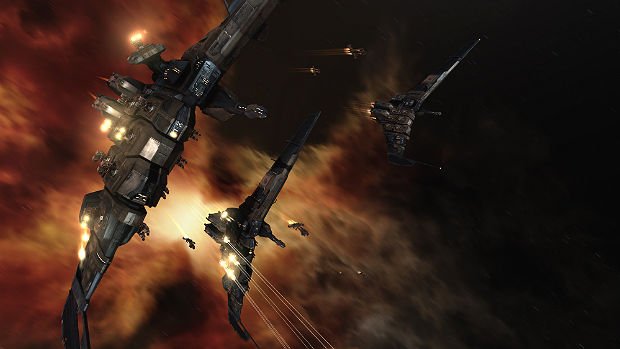 If EVE Online’s hard-nosed sci-fi trappings have been a stumbling block for women players, CCP is hoping that the supernatural horror of World of Darkness, an in-development MMO based on White Wolf’s Vampire: the Masquerade series, proves more alluring. World of Darkness centers on the interpersonal drama and large-scale politics of a group of vampire clans, set against a gritty, urban backdrop.

“When White Wolf was really the rock star of the pen-and-paper games industry, what they did was they created a fiction setting that, back in the day, had an almost equal gender balance,” Gunnarsson explains. “That was unheard of in tabletop gaming, and we’re certainly hoping to achieve something similar with World of Darkness in the future.”

“The genre lends itself towards having a female population,” senior producer Chris McDonough explains. “When we were making Vampire: the Masquerade, you’d go to conventions and events and there was a significant number of women in that audience.”

“Will there be more women interested in this than in EVE? The answer is yes.” 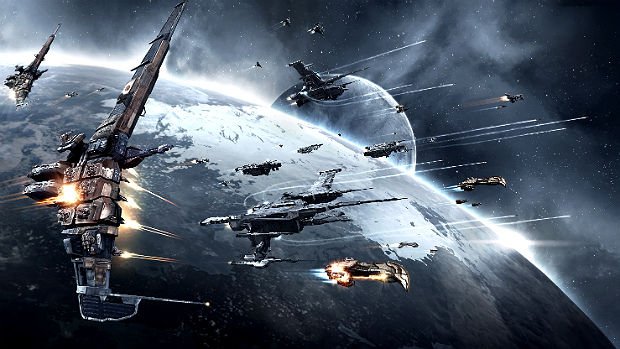 It’s not enough to chalk the dearth of women playing EVE Online to their perceived distaste for science fiction, though: the game’s accessibility, interface, complexity, and design are also at fault. “There’s bad complexity in EVE,” Nordgren tells me bluntly. “Only a certain type of person will ever work their way through it, and the majority of those people are guys.”

One example of bad complexity she gives is that new players often don’t have access to the information they need to understand the game’s mechanics. “We have those kinds of accessibility problems that we’re working on,” she explains, “and I think if we can shift some of this bad complexity out and just keep some of the good, interesting, challenging complexity, then we should get more female players as a result of that.”

However, “It’s not a goal for us as a development team to specifically increase the number of female players,” Nordgren says. Having a broader and more balanced fanbase would be a by product of good design, “more an indicator than something strive for.”

McDonough and his team are taking a similar tack with World of Darkness. Referring to his work on Vampire: the Masquerade, he explains that his team “never made a product that catered or specifically targeted women; we made a product that we thought would appeal to all gamers.”

“Women are gamers just like everybody else, and our role isn’t to specifically point a product at them, but instead to make a product that we think satisfies a lot of different player-types,” he continues. “And when women fall into that player-type, that’s fantastic, and we think there will be some in World of Darkness.”