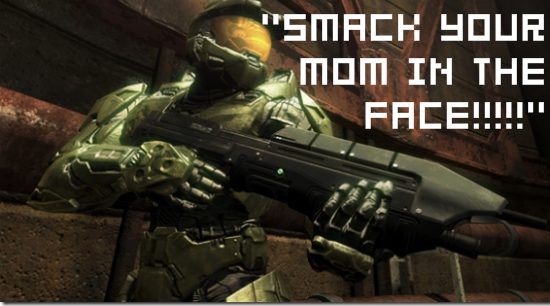 A young Halo 3 fan has been accused of punching his mother after she forced him to stop playing. The boy was engrossed in Bungie’s latest epic when he was told to end the session as it was getting late. When he refused, the youngster’s mother removed the ‘air card’ from the Xbox 360 (nobody knows what that is) and was met with violent resistance.

The Indian River County native then stormed through the house in a bid to find the hidden card, punching his mother in the process. When his search ended in success, the Master Chief lover locked himself in his room and continued the struggle against The Covenant, despite the fact that cops had been called.

As the mother and police started to bang on the barricade, the brigand hurled insults their way until cops eventually got to him, cuffed him and took him in. We do not know if he managed to find all the golden skulls before capture.

As the gamer faces charges of domestic battery and battery on a law enforcement officer, I sit and wonder at what this will do for the industry’s reputation. At least we can’t say he’s not truly hardcore.