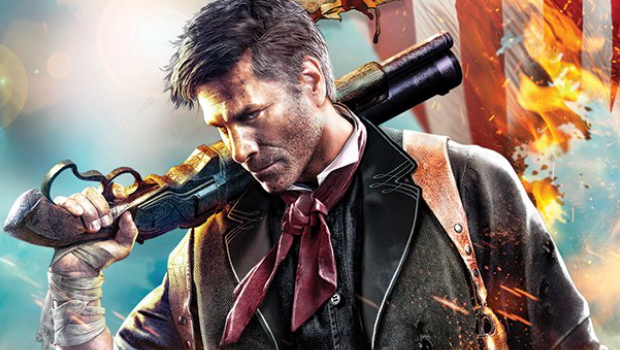 Irrational Games hath delivered unto the world its official box art for BioShock Infinite, confirming its existence after delays and rumors of shaky development. It’s committed now, and nobody can take that away!

All things considered, though, it’s a little … ordinary? With no sign of Elizabeth, or any of the inspired creature/weapon design evident in gameplay, it looks like a more colorful version of any mundane first-person shooter box. The “Guy with gun looking a bit serious” thing is fairly overplayed at this stage, no?

I guess I see why they did it — apparently that kind of normalcy sells — it’s just a shame they couldn’t provide something a bit richer. I have a lot of respect for the BioShock name and maybe that makes my standards higher, but I expect Irrational’s work to stand out more than this.

Ah well … if it tricks more people into playing what I hope will be an original and excellent game, more power to ’em.