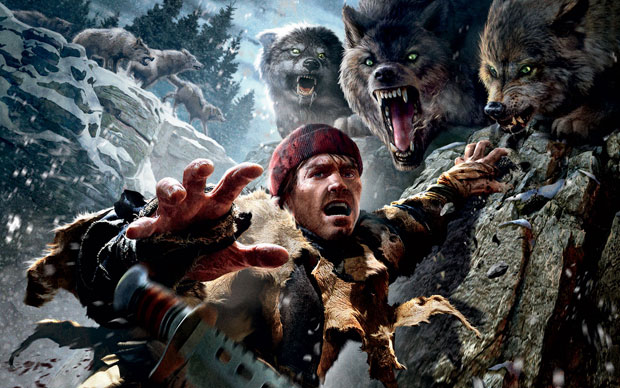 Say what you will about Activision as a publisher, but damn, those guys sure know how to put out incredible box art.

If and when I see Cabela’s Survival: Shadows of Katmai in a brick and mortar store, there’s a good chance I’ll rip off my shirt on the spot and proceed to buy the game in the manliest way possible. In this action game for Xbox 360, PlayStation 3, and Wii, your plane has crashed in Alaska — and every living creature is out to kill you, apparently.