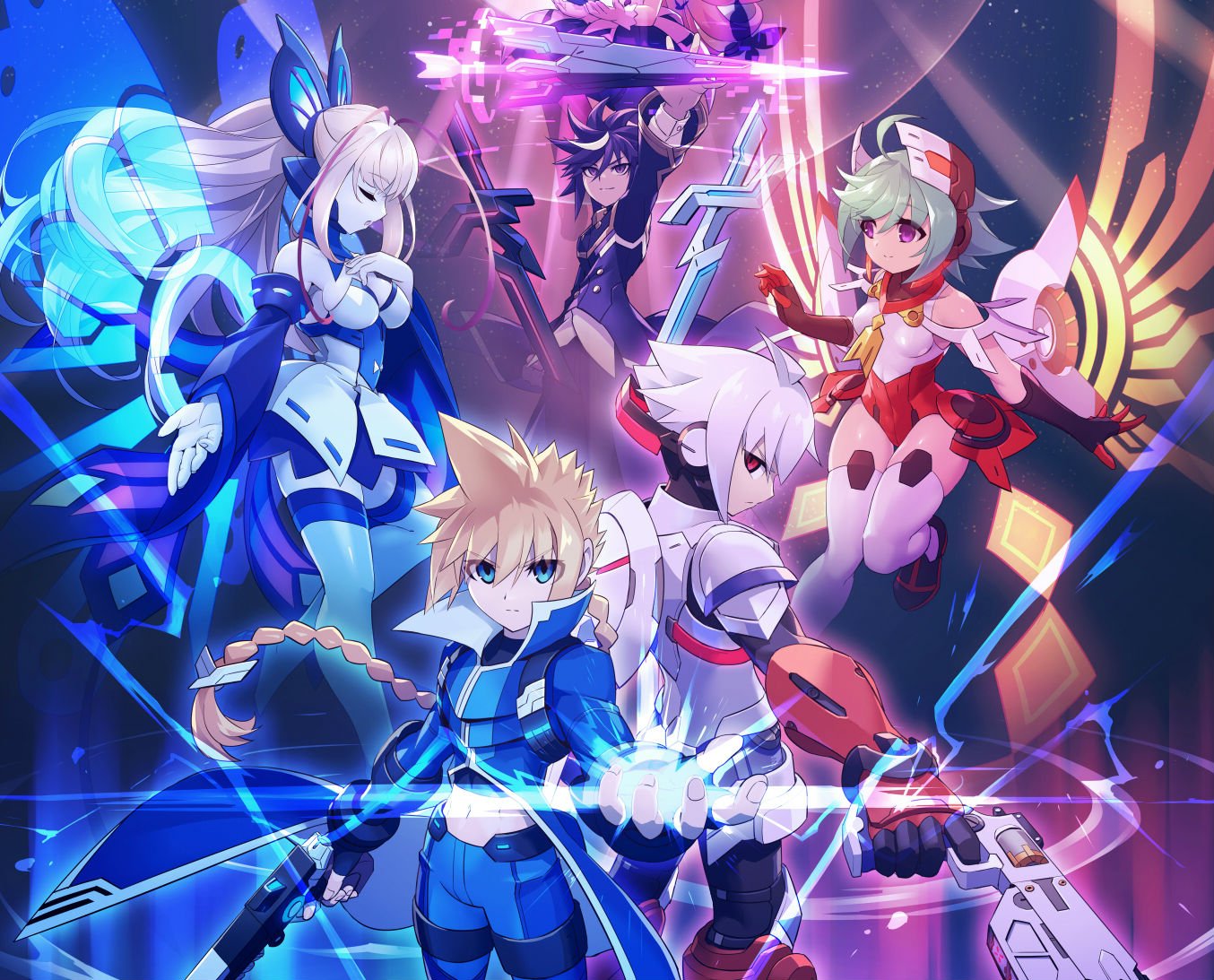 Inti Creates is one of my go-to developers these days, even when it comes to ports. That includes pretty much any port of the Azure Striker Gunvolt series I can get my hands on.

Nearly six years removed from the release of the original game, the series has grown considerably to the point where it firmly has its own universe at play. Beyond the core two entries you’re getting here, there’s also a spinoff called Luminous Avengers iX that just came out recently, as well as two retro-styled spinoffs: Mighty Gunvolt and Mighty Gunvolt Burst.

The titular Gunvolt character has also appeared in multiple non-related games as a guest character. We got a regular old Shovel Knight over here!