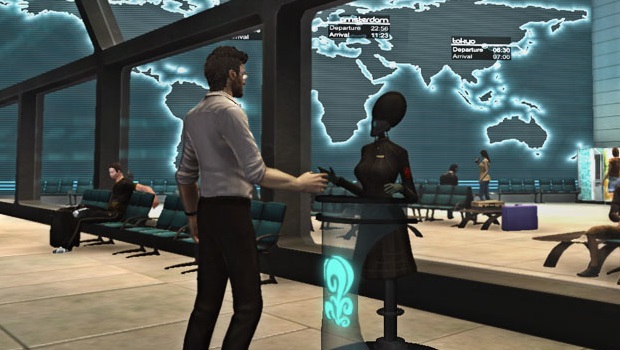 Controlling a game with your voice has long been a dream of some developers but most of the time, technology isn’t able to cope with the complexity of speech. Bot Colony is an episodic, sci-fi adventure game from Canadian studio North Side that is going to allow players to converse with robots in the game through intelligent voice recognition.

Players will take control of Jeff Philips, a specialist in robot cognition, who has been sent to a Pacific island being used as a large-scale robot testing ground. Jeff will interact with the robots using the English language to uncover a tale of corporate espionage. North Side is currently seeking funding for Bot Colony on Kickstarter and you can also vote for it on Greenlight.

As I mentioned earlier, voice commands in videogames have been patchy at best, yet we live in a world where we have very capable voice recognition built into our smart phones. It seems now is as good a time as any to try this approach to gaming controls. If it works — and that’s a big “if” — then Bot Colony might be the first game to really nail the dream of full vocal interaction. However, being Scottish, I can’t help but feel I’ll have a natural handicap.