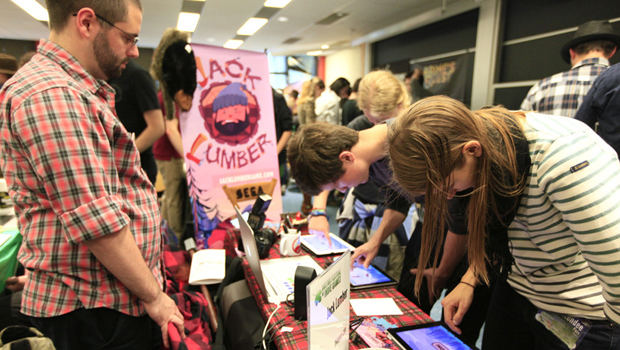 It felt like at least half of the videogame side of the show floor at PAX East 2014 was made up of indie games. The Indie Megabooth used to be a tiny side show. Now its pretty much a show unto itself. It was easy to think that a purely indie game event may do just as well if not better than PAX East if it were managed the right way.

Oddly enough, a event like that already exists. The Boston Festival of Indie Games has been around for a  while now, and it gets bigger every year. We talked to Dan Silvers, co-director of the show and creator of upcoming historical stealth game Children of Liberty about how Boston FIG has grown, casting Ashly Burch in his game, and a lot more.

Then a lady appeared to grow out of his back and she talked to us.