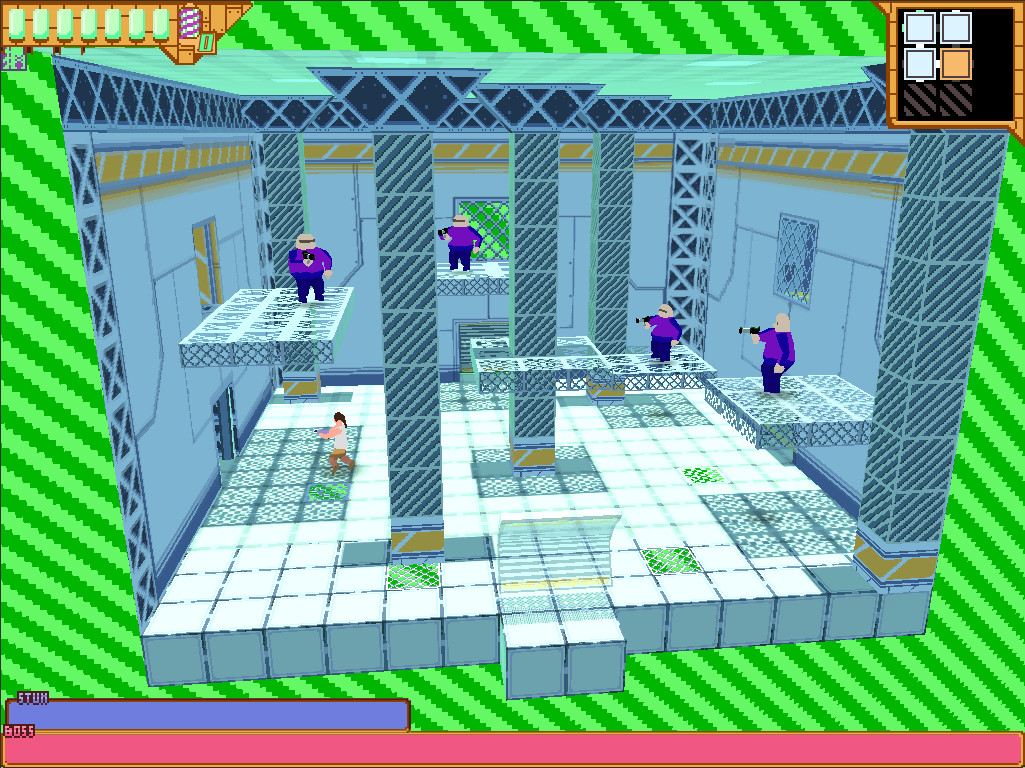 Renegade Sector Games has a knack for playing with perspective. The indie developer’s previous offering, Cold Vengeance, was a 3D shoot ’em up that riffed on the genre standards with low camera angles and branching paths. For its follow-up, Renegade Sector is trying its hand at a twin-stick shooter, but don’t expect it to be like anything you’ve played before.

Kill the Superweapon has all the trappings of a traditional twin-stick shooter. Players guide their avatar — the aptly named Samantha Kill — through a series of interlocking rooms where she can run, jump, and shoot at her foes. The twist is that unlike, say, Smash TV, Kill the Superweapon uses a diorama-like perspective. In doing so, the level geometry is more of an obstacle than simple set-dressing, as pillars and platforms can act as some much-needed cover or obscure your view during a firefight.

In addition to the unique camera angle, Kill the Superweapon also includes wandering bosses. As Ms. Kill makes her way through the research labs and warehouses that seem to make up many of the game’s rooms, she’ll have to deal with Superweapons. These bosses can roam around their respective level, adding a layer of unpredictability to what already seems like a frantic experience. Bosses that move from room to room scratch a specific Resident Evil 3 itch; biologically enhanced soldiers prowling around and waiting for a chance to strike. It’s a fascinating twist on what already looks like a cool game.

Kill the Superweapon‘s low-poly aesthetic and twin-stick sensibilities won’t be available until March, but you can check out a playable demo on Renegade Sector’s itch.io page.