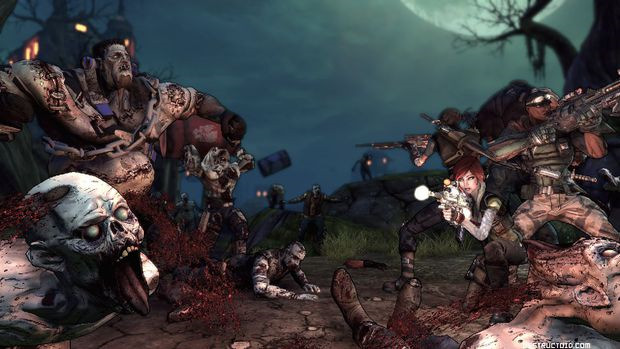 Played Borderlands to your heart’s content? Scavenged all the guns and killed all the Skags? Gearbox Software has you covered. Zombie Island is ready to be unlocked in just a matter of days, as the game’s first DLC has been given a release date of November 24 on PS3 and Xbox 360.

The Zombie Island of Dr. Ned is set on Jakob’s Cove, where the eponymous Ned has created an army of undead workers. It’s up to the plucky Vault hunters to find a cure and save Jakob’s Cove from Ned’s nefarious crimes against nature. It’s going to set you back $9.99 on PSN or 800 MS Points on Xbox Live.

No details have been released regarding this DLC and the PC version of the game.