Borderlands 2 impressed, The Pre-Sequel did not

Traditionally, Game Developers Conference is a very busy show. After what seems like a three-month hibernation, the game industry slowly creaks back awake and GDC is the first time everything’s in full gear again. As always, this conference is packed with games worth lookng forward to.

However, that doesn’t mean we can’t look back if the circumstances are right. Borderlands: The Handsome Collection is one title that warrants such treatment, as it bundles Borderlands 2 and Borderlands: The Pre-Sequel together on PS4 and Xbox One. It’s a big ol’ pack of content, but while it promises a wealth of things to do, there are some worrisome snags. 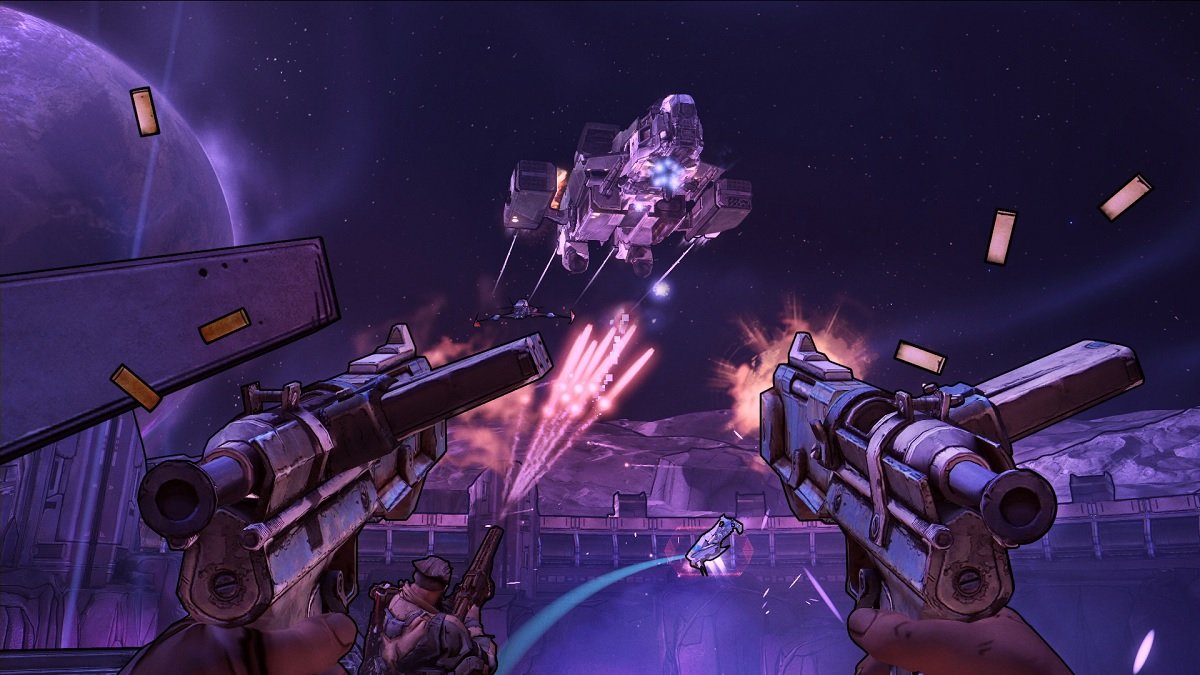 Having demoed both games in The Handsome Collection, The Pre-Sequel came off as simply unimpressive. Moving it to current consoles and harnessing the increased power of the PS4 isn’t enough to make the four-player local co-op consistently work. Requiring the game to render everything four times over took a noticeable toll on game performance.

Despite playing a level that was relatively unpopulated, the frame-rate dropped an annoying amount. It’s likely that this won’t be the case with fewer users, and there’s always the possibility it’ll be patched out through optimization in the coming weeks.

Another niggling spot in The Pre-Sequel was the menu interface. It’s oddly zoomed in by default, and the player needs to zoom out to see the full picture. Although it didn’t present much of a problem in our brief demo with a throwaway character, players who actually care about their character builds and weapons will be in and out of those menus with great frequency.

For as much as The Pre-Sequel didn’t impress, Borderlands 2 absolutely did. Playing the Tiny Tina add-on, our group of four made our way through extremely busy sections with no dip in performance. That’s where Handsome Collection players who look forward to local co-op are going to be most pleased with this package.

Apart from those impressions, these are basically identical to the two games as they were on legacy consoles. Gearbox confirmed that nothing’s been changed with regard to any overarching systems such as drop rate. It’s the Borderlands you already know and (maybe) love.

Actually, as far as The Handsome Collection goes, you might be better off not knowing Borderlands yet. It seems like it’s a nice introductory package for those that held off on exposure to the series. Anyone that has an extensive history with it will welcome the ability to import characters from legacy consoles (including level, Badass Rank, and campaign progress), but nothing shown marks much of an improvement from what’s already been played. Aside from four-player local co-op, it probably doesn’t offer enough incentive to most people to convince them to re-invest.