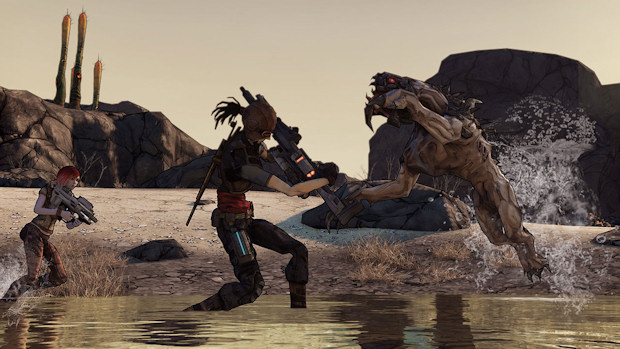 It appears as if a top-tier Siren skill in Borderlands is about as useful as a Claptrap is while on its square ass, spewing sparks about and such. MTV Multiplayer points out that Phase Strike — a melee attack that can be used during Phase Walk — isn’t delivering the wicked level of damage that its description promises, even when the skill is maxed to the highest level. A bummer, right?

Right. But the sorta good news is that Gearbox knows there’s a problem. In an official message board thread Gearbox designer MongooseDog admitted as much, saying “We’ve been doing some investigation into Phase Strike and it does not appear to be working as intended.”

He didn’t suggest Gearbox would fix the problem, but we’re guessing the company that fixed the PS3-specific PSN issue within days of launch won’t have a problem slinging an update or two to consumers in the near future.

Just as a note, distraught Siren people: the Beserker’s punching skills work just fine. In fact, I didn’t even know there were three other characters in the game. I’ve been too busy running up on dudes and pummeling faces — or third testicles — until something pops and showers my character in a spray of glorious gore.