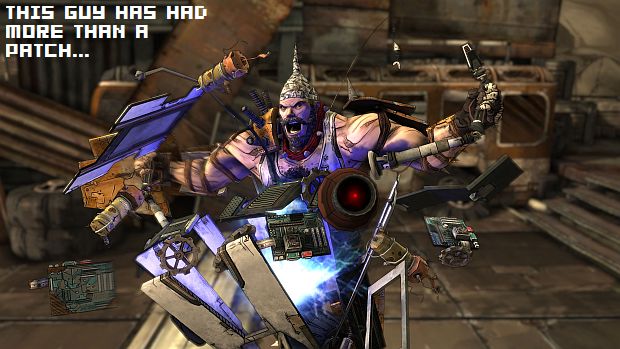 For fans of Borderlands, the addition of Claptrap’s New Robot Revolution is going to be an exciting bit of downloadable content. Having seen the new features, I can say it’s a fantastic addition to Borderlands, and you’ll definitely want to read my impressions later today. However, Gearbox Software seems to be almost more excited for the brand new patch coming sometime next month. A new patch you say? Why yes I do, and even those who haven’t bought any of the previous DLC—The Zombie Island of Dr. Ned, Mad Moxxi’s Underdome Riot and The Secret Armory of General Knox—will want to pay attention. This is because all users will receive a level cap increase of 8 levels! And even more, the game will also be balanced across all the DLC and the main game, as well as bring new weapons and specs to players.

This is a pretty big deal. It was clear when I talked Gearbox’s representatives that they are well aware of the needs and wants of the players, and this patch has been planned for a while as a way to please fans. Unfortunately, because Microsoft limits the size of individual title updates to 4 MBs for the life of the game, Gearbox is quickly running down on allotted file space for these sort of patches, so this may be the very last time Gearbox updates the game.

So what this means is players can now reach level 58 if they have not bought the General Knox DLC, and level 69 if they have. Borderlands has been rebalanced to deal with this, and there is now also the addition of new weapons with brand new specs. Oh, and there’s going to be support for avatar items coming as well, so keep an eye out for that.