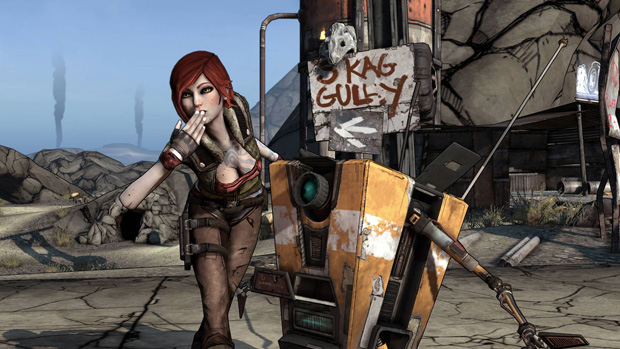 The original Borderlands was one of the notable titles affected by the shutdown of GameSpy Technology at the end of May, but 2K said it would eventually use Steamworks in an effort to keep multiplayer going. That’s still coming in a future update. For the time being, Gearbox Software has removed SecuROM copy protection from Borderlands and its DLC.

Folks who bought the game outside of Steam can also now import their copy. Head to the Tools section in Steam and look for a new Granting Tool option which can be used to turn your Borderlands retail disc into the Steam version. For status updates on the Steamworks multiplayer integration, just take a look at the game’s main menu — there’s now a news ticker.

Borderlands without co-op is … how I play it, most of the time. (Don’t tell anyone.)