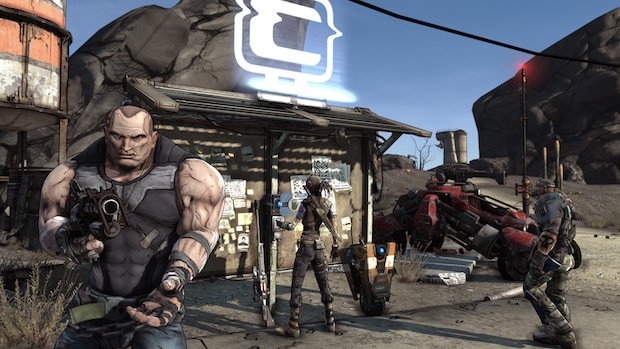 Borderlands — the fantastic end result of an FPS that was impregnated by an RPG with a rusty instrument — had an impressive October debut, taking third place in the October NPD results with over 400,000 units sold. The success is kind of a big deal, but there’s something even more to be made out of the numbers. According to Gearbox Software in a recent press release, Borderlands has had the best week one sales of any fresh (game) IP in all of 2009.

“We are extremely excited about the reception that Borderlands has earned,” said studio head honcho and Valve-lover Randy Pitchford via the press release, “and I am personally very proud of the incredible team here at Gearbox for having created video game’s first great shooter-looter.”

He continues, thanking fans and 2K for their support.

Borderlands is indeed an f’ing metal game, worthy of the sales and heads it has turned thus far. I’ve had a good time with it at least. What say you guys?