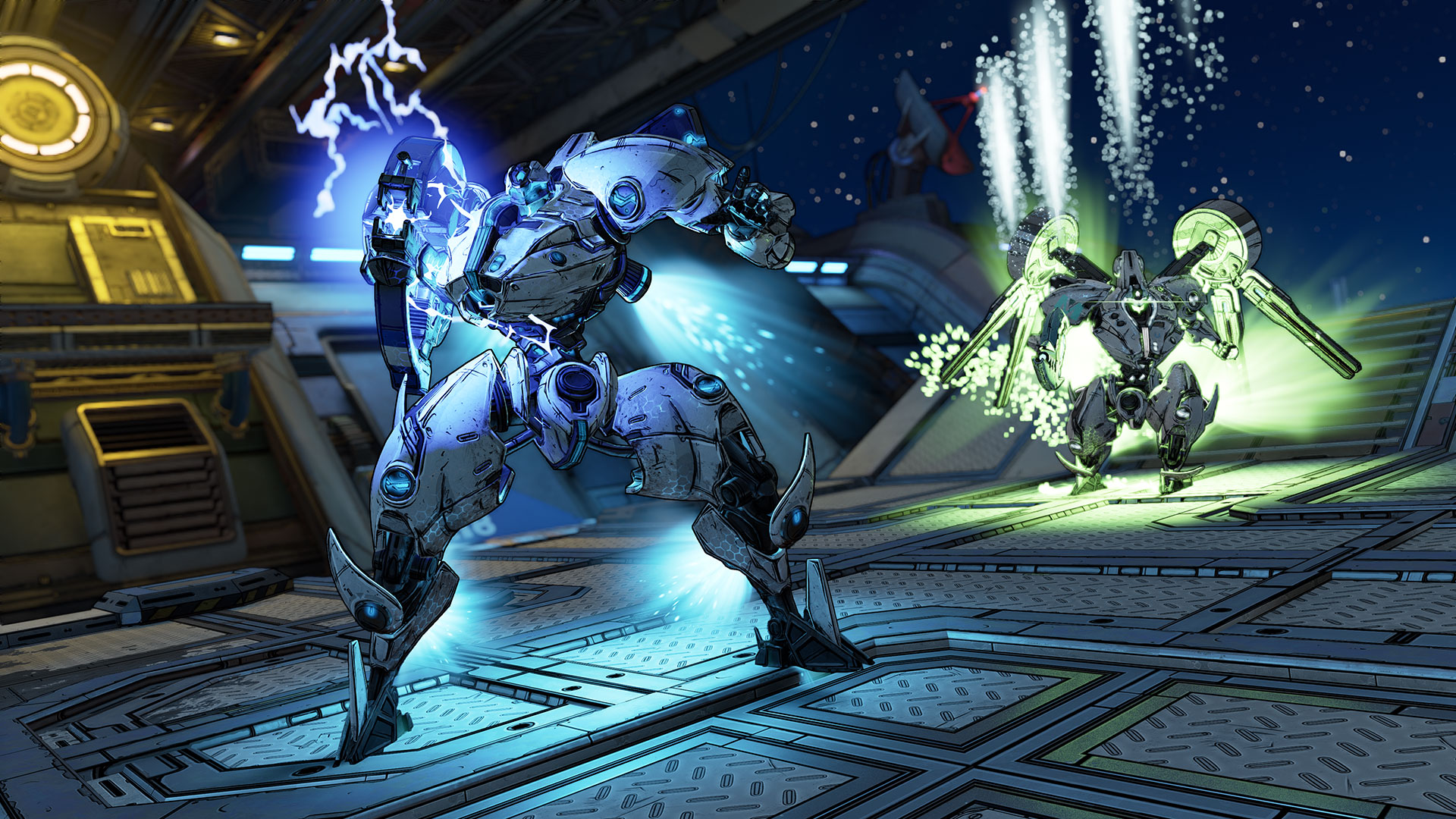 It’s nearly time for Borderlands 3‘s first true endgame challenge. Sure, Mayhem Modes ratchet up the difficulty and the wave-based Proving Grounds are fine enough, but Gearbox is ready to finally give players some real endgame content: Raid events.

During this morning’s episode of The Borderlands Show, Gearbox announced that the long-awaited Takedown at the Maliwan Blacksite raid-style challenge is going to release as part of this week’s update (or next week at the absolute latest). Takedowns are said to be hybrids between Proving Grounds and traditional raids. They’re events that throw hordes of lesser enemies at the players before culminating in a big boss fight. Gearbox estimates they’ll take between 30-40 minutes, and they’re meant for teams of four max-level players.

Alongside the Takedown comes a change players have been begging for since Borderlands 3 first launched in September. The bank aboard Sanctuary III is getting expanded from 50 slots to 300 slots. That’s a six-fold increase. You’ll need it for all that extra loot you’ll be hauling in.

There are a few more interesting tweaks for anyone who’s chipping away at the endgame. Gearbox is introducing Mayhem Mode 4, which actually does away with player penalties. Instead, it grants a random bonus to players and a random bonus to the enemies. Also, bosses now have “dedicated loot pools,” forcing players to quit grinding the same couple of bosses over and over for Legendaries. Now, it seems as though you’ll be able to target a certain boss if there’s a Legendary you have your eye on.

As for Mayhem Mode, Gearbox isn’t completely happy with it. The developer is reworking it and dubbing it Mayhem 2.0. This improved system will “change gameplay more dramatically,” introduce new Mayhem playlists, add new rewards, and bring new Mayhem levels. But that’s all a ways out.  Gearbox says it’ll reveal more details about Mayhem 2.0 in 2020.